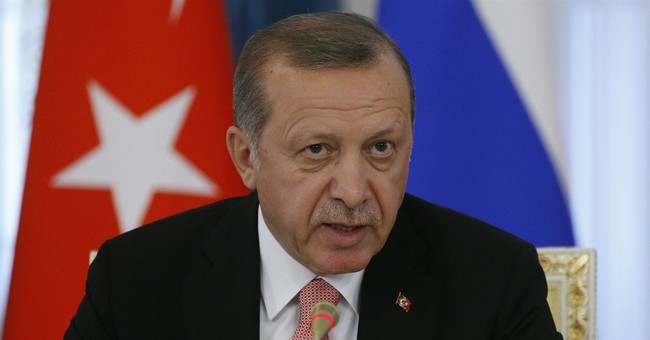 After the failed coup against Turkish President Tayyip Erdogan late last month, which at this point seems to have been set up by Erdogan in order to justify ultimate power and squashing of dissent, 130 media organizations were shut down. At this point, 32,000 people deemed by the government as anti-Erdogan activists have been arrested and detained.

Now, a witch-hunt in the country is underway as Erdogan's government takes family members of journalists hostage and demands journalists turn themselves in. Journalist Mahir Zeynalov has been bringing much needed international attention to the issue at great risk to himself.

Journo @MahirZeynalov does exceptionally fearless reporting. And for that he gets death threats. #Turkey #Erdogan pic.twitter.com/qW2CcTY2lF

Twitter is now withholding accounts of Turkish journalists even without a court order. The number of blocked accounts is mind-boggling.

Before leaving Turkey, journalists must ask permission from the state press body. Obviously, critical journalists won't be allowed to leave.

They jail us, deport us, shut down our newspapers and TV channels; but we reporters are still terrorists for them. https://t.co/BTxRQJHa5a

This thread. About how family of Turkish dissidents are being held hostage until their relatives 'surrender' #Turkey https://t.co/1HFIjveDCx

Brother of journalist @bkenes, a physics teacher for 20 years, was detained as part of a govt strategy to put pressure on family members.

It is unclear what Erdogan plans to do with the tens-of-thousands of people who have been detained, but his calls to "hunt down" the "viruses" of dissent are highly alarming.

Erdogan calls on people to hunt down "viruses" from the Gulen community.https://t.co/2z36T4DApm

Turkey's standing in NATO in light of Erdogan's purging of dissent is quickly becoming questioned.

Democrats Have Some Really Bad News for Fierce Trump Critic Adam Kinzinger
Townhall
Hot idea: President Joe Biden could launch a weekly podcast (he already did)
Twitchy
Fake Video of Biden Takes off, But the Real One Was Bad Enough
Redstate
January 6 Update: Five Things You Might Have Missed
PJ Media