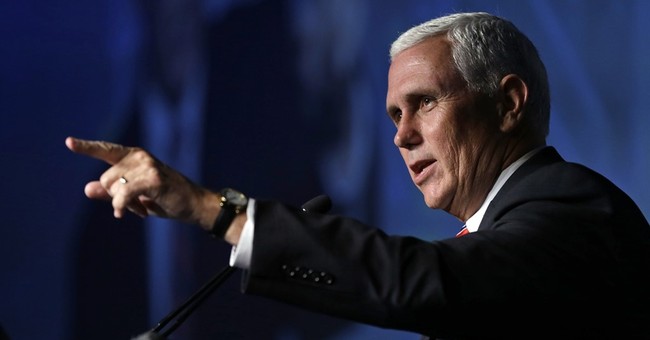 Just hours after his boss Donald Trump said he "was just not quite there" when it comes to endorsing House Speaker Paul Ryan (who has endorsed Trump), Vice Presidential nominee Mike Pence is going rogue.

During an interview with Fox News Wednesday, Pence endorsed Ryan on air.

"I strongly support Paul Ryan, strongly endorse his re-election, he's a longtime friend, he's a strong conservative leader and I believe we need Paul Ryan in leadership in the Congress of the United States to rebuild our military, to strengthen our economy and the ensure we have the kind of leadership we have in this country to make America great again," Pence said. "I’m very confident after Donald Trump is elected president and Paul Ryan is reelected to congress and Speaker of the House, these two will do great things to restore the country."

The move comes as RNC Chairman Reince Priebus is reportedly furious over Trump's comments about Ryan and his very public refusal to endorse.

Reince Priebus, the chairman of the Republican National Committee, is said to be livid over an interview Donald J. Trump gave Tuesday in which he refused to endorse House Speaker Paul D. Ryan in his primary fight, and is considering several options to show his public support for Mr. Ryan.

Mr. Priebus is debating the best way to demonstrate solidarity with Mr. Ryan, ranging from a formal endorsement to an email publicly stating his support, said three people with knowledge of Mr. Priebus’s internal discussions. A public announcement could come as early as Wednesday.