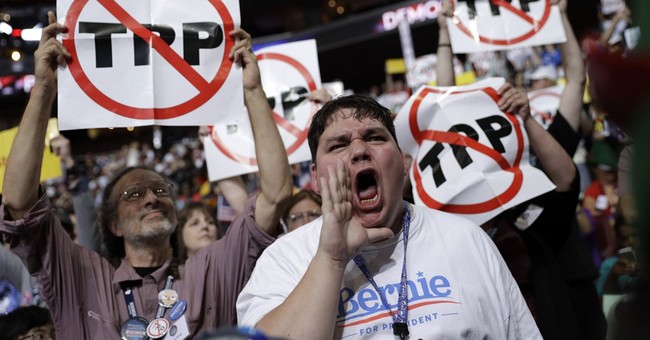 During the DNC convention in Philadelphia this week, Hillary Clinton was booed by Bernie Sanders supporters, American flags were burned by protestors and a moment of silence for police officers murdered in the line of duty was rudely interrupted by chants of "Black Lives Matter!."

On the floor of the convention Wednesday night, Fox News anchor Shannon Bream reported a delegate yelling at those chanting "USA! USA!" to stop because it's a "Trump chant."

Crowd chanting "USA! USA!" Delegate in front of me stands up and yells, "Stop that! That's a Trump chant!" #DNCinPHL

Speeches given by Defense Secretary Leon Panetta and Marine General John Allen were interrupted, specifically when defeating ISIS was mentioned, by chants of "No more war!"

To say the least, the Democrat Party has lost its way.