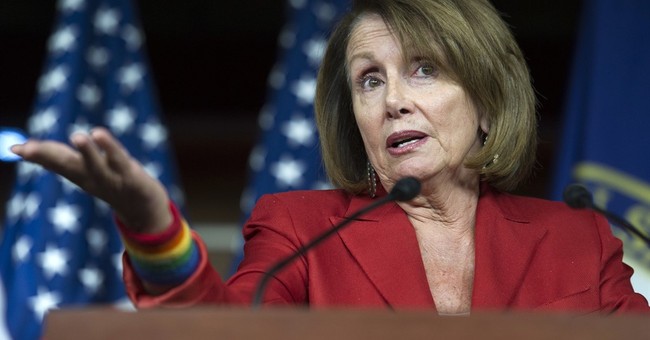 It's been a rough week for the unity of the Democrat Party as Bernie Sanders delegates refuse to get in line and back Hillary Clinton in Philadelphia.

On Monday morning DNC Chairwoman Debbie Wasserman Schultz, who is exiting her position and joining the Clinton campaign after the convention on Thursday, was wildly booed offstage by delegates from her home state of Florida after an email dump proved the DNC operated with an anti-Sanders bias during the primary.

.@DWStweets booed off the stage at her own FL delegation breakfast @NBCNews pic.twitter.com/GMe0g9t1JQ

But she isn't the only one who has been booed this week. Former Speaker of the House Nancy Pelosi, a giant in the Democrat Party, was booed Tuesday after claiming delegates were unified behind Clinton. Roll Call has the details:

Democratic discontent with Hillary Clinton was on full display at the California delegation breakfast Monday morning ahead of the first night of the Democratic National Convention.

Whenever a speaker talked about uniting to elect Clinton in November, the crowd balked. They booed Rep. Michael M. Honda. And chanted, “Bernie, Bernie, Bernie!” during Rep. Barbara Lee’s address.

#Democracy in action at #CADEM with chants of #Bernie as @NancyPelosi finishes her speech. #DNCinPHL #Election2016 pic.twitter.com/8uhHE1XVHw

During speeches by Senator Elizabeth Warren and Bernie Sanders himself last night, pro-Sanders delegates booed when Clinton's name was mentioned.