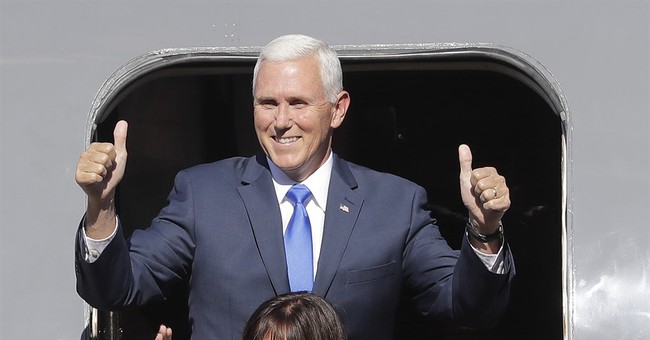 The following 2016 Republican Convention agenda has been provided by the Republican National Committee and is subject to change. The convention, being held in Cleveland, starts Monday and concludes Thursday. Below is the agenda for Wednesday, July 20, 2016.

America has always been an exceptional nation. Our Founding Fathers created a system of government that has protected our liberty, allowed American ingenuity to flourish, and lifted people out of poverty by creating the conditions for opportunity and prosperity. Unfortunately, years of bad policies and poor leadership have weakened our position in the world. Under a Trump administration, America will once again be a beacon of progress and opportunity.

Phil Ruffin, Businessman
Ruffin is an American businessman with diverse interests in real estate, lodging, manufacturing, energy, and retail enterprises. Ruffin started his business in 1959 with a single convenience store and quickly grew to own 65 stores in four states. He currently holds 12 hotels in Kansas, Maryland, California, Oklahoma, Texas, and Alabama.

Pam Bondi, Attorney General of Florida
Pam Bondi is currently serving as Florida’s 37th Attorney General.  Since being sworn into office on January 4, 2011, Bondi has worked tirelessly to protect the people of Florida and uphold the state’s laws and the Constitution.  During her tenure, she has focused on defending Florida’s constitutional rights against the federal health care law.

Michelle Van Etten, Small Business Owner
Michelle Van Etten is a small business owner who was recently featured in The Greatest Networkers in the World second edition. Michelle employs over 100,000 people and is a strong supporter of Donald Trump, knowing his policies will support businesses all across America.

Darrell Scott, Pastor
Dr. Darrell C. Scott, Senior Pastor and Co-Founder of New Spirit Revival Center Ministries, has given his life to spreading the word of God and helping those in need.  Scott started the New Spirit Revival Center in Cleveland Heights, Ohio on February 14, 1994, with just four members in attendance. His ministry has since grown to numbers in the thousands and has focused on reviving its Cleveland Community.

Harold Hamm, Continental Resources
Harold Hamm is an American entrepreneur and played a key role in the development of the technologies behind the United States’ recent renaissance in oil and natural gas production. Born in Lexington, Oklahoma, Hamm was the youngest of 13 children. With just a high-school education, Hamm started his own business at the age of 21. This grassroots startup, Continental Resources, soon became a NYSE-traded, Top 10 oil producer in the United States Lower 48.

Wisconsin Governor Scott Walker
A candidate in the 2016 Republican presidential primary, Scott Walker is the 45th governor of Wisconsin. He was first elected in 2010 and re-elected to a second term in 2014. Upon taking office, Walker proposed bold reforms that eliminated Wisconsin’s $3.6 billion budget deficit without raising taxes. During his tenure in office, Walker has taken on public-sector labor unions, signing a bill to limit public employee collective bargaining and winning a recall election over the issue.

Lynne Patton, The Eric Trump Foundation
Lynne Patton is Vice President of The Eric Trump Foundation and Senior Assistant to Eric Trump, Ivanka Trump, and Donald Trump, Jr. As VP, Lynne works in tandem with the Executive Director/President of the Foundation to oversee all operations, volunteers, events, outreach, social media, vendors, and corporate partnerships. She assists with the planning of all major fundraising events for the Foundation. She also works to identify and develop viable partnerships and research projects for the Foundation in conjunction with St. Jude Children’s Research Hospital.

U.S. Senator Marco Rubio (R-Florida)
U.S. Senator Marco Rubio was a candidate in the 2016 Republican presidential primary. The son of Cuban immigrants who came to America in 1956, Rubio has spent most of his life in West Miami, Florida, leaving only for a six-year period when his parents moved their family to Las Vegas, Nevada. In 2010, Rubio ran for the U.S. Senate. During his term, he has championed efforts to restore the American Dream: Social Security and Medicare reform, greater access to affordable higher education, the revitalization of America’s military, efforts to grow the economy, and the empowerment of states and their citizens in the fight against poverty.

U.S. Senator Ted Cruz (R-Texas)
U.S. Senator Ted Cruz, a candidate in the 2016 Republican presidential primary, won election to the United States Senate in 2012, where he represents the state of Texas. During his tenure in office, Cruz has led the fight to repeal Obamacare, to stop President Obama’s executive amnesty, and to defend life, marriage, and the U.S. Constitution.

Eric Trump, Executive Vice President of The Trump Organization
Eric Trump currently serves as the Executive Vice President of Development and Acquisitions for The Trump Organization. Alongside his father, Donald Trump, Eric works on new project acquisition, development and construction around the world. He has also spearheaded the rapid growth of the Trump Golf Collection. Eric attended Georgetown University where he earned a degree in finance and management. In 2006, he founded the Eric Trump Foundation to help raise money for St. Jude Children’s Research Hospital.

Newt & Callista Gingrich, Former Speaker of the House and his wife
A candidate for the Republican presidential nomination in 2012, Newt Gingrich is best known as the architect of the Contract with America, the document that led the Republican Party to victory in 1994 by capturing the majority in the U.S. House of Representatives for the first time in 40 years. Callista Gingrich is the president of Gingrich Productions, a multimedia production company based in Washington, D.C. She and her husband host and produce historical and public policy documentaries.

Indiana Governor Mike Pence, Presumptive candidate for Vice President
Mike Pence was elected the 50th Governor of the State of Indiana in 2012. Since taking office, Pence has achieved the largest state tax cut in Indiana history while also lowering the business personal property tax and corporate income tax to attract new investment and bring more jobs to Indiana.  He is the presumptive candidate for Vice President for Donald Trump.