Benghazi Heroes React to Final Benghazi Report: There Was More Concern About Politics Than Helping Us 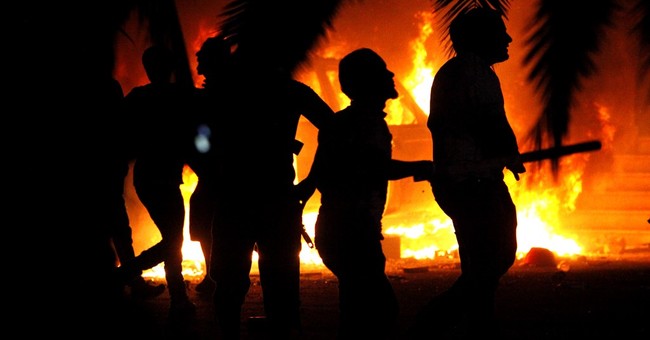 Mark 'Oz' Geist was working with the CIA and assigned to protect the CIA Annex in Benghazi, Libya on September 11, 2012. When the U.S. consulate came under attack, he was there and did his best to save U.S. Ambassador Chris Stephens, Information Management Officer Sean Smith and fought side by side with Navy SEALs Glen Doherty and Tyrone Woods before they were killed. If you saw the movie "13 Hours," you know Geist well.

Last night on The Kelly File, Geist gave his reaction to the Benghazi Select Committee final report about the attack.

Kris 'Tanto' Paronto, who was also in Benghazi during the attack as a CIA contractor and stuck on the roof for hours fighting for his life and the lives of others he swore to protect, gave his reaction to the report this morning on America's Newsroom.

"From the report, I took from it that they [the Obama administration] was more concerned about political correctness, not offending the Libyans and more concerned about developing a cover story that trying to help us. It angers me and pushes me to speak out," Paronto said.

Former Secretary of State Hillary Clinton reacted to the report by saying it's time to "move on."