DNC Chief: Hillary Clinton 'Isn't Even The Target' of The FBI Over Her Server 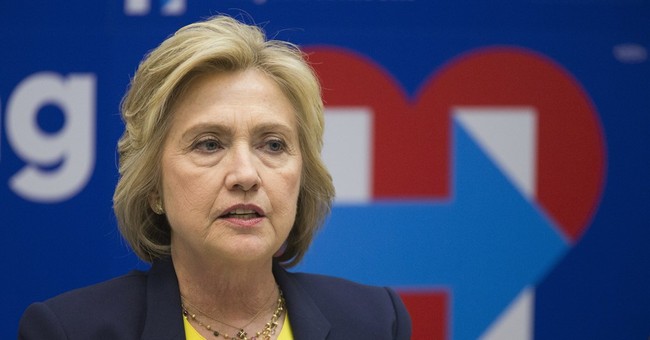 For months former Secretary of State Hillary Clinton and her defenders have classified the FBI's criminal investigation of her use of a private email server, where she hosted thousands of pages of classified information, as a simple "security review."

Earlier this week, FBI Director James Comey told reporters he is unfamiliar with the term "security review" and confirmed the FBI is in fact conducting  a criminal investigation surrounding Clinton's email use.

"I don't even know what that means, a 'security inquiry.' We do investigations here at the FBI," Comey told Fox News' Catherine Herridge.


Regardless, during an interview Friday on Fox News DNC Chairwoman Debbie Wasserman-Schultz argued the FBI's investigation has nothing to do with Hillary Clinton. How does she know? Because "people have told her so." (relevant portion starts at 3:15 mark).

"It's important to underscore that Secretary Clinton isn't even a target of this inquiry, investigation, whatever 'I' word you want to use," Wasserman-Schultz said.

The FBI has interviewed a number of Clinton's closest aides, including Chief of Staff Cheryl Mills and Huma Abedin, in recent weeks. According to reports, FBI investigators will interview Clinton in the coming weeks.