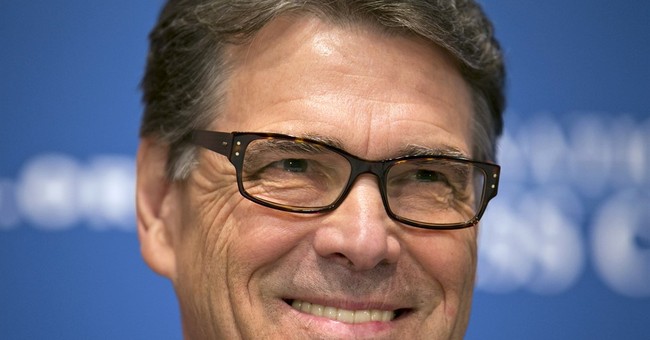 Nearly 10 months ago former Texas Governor Rick Perry referred to rival Donald Trump as a "cancer on conservatism," and a toxic "barking carnival act" that will "lead the Republican party to perdition."

Perry's repeated attacks on Trump weren't simply about policy differences, but about proving Trump doesn't have the temperament or the character to be president.

Today, not only is Rick Perry taking the advise of RNC Chairman Reince Priebus to unite around Trump as the presumptive GOP nominee seriously, he wants to be Trump's vice president.

Rick Perry would be open to being the vice presidential candidate on a ticket with Donald Trump, CNN reported Thursday.

“I will be open to any way I can help. I’m not going to say no,” the former governor of Texas and two-time presidential candidate told Dana Bash, who recounted a phone conversation she had with Perry earlier that day on “Erin Burnett Outfront.”

Nothing better illustrates the phoniness of politicians than the ease w/ which they shift from blasting one another to praising one another.