Lindsey Graham: I Won't Vote For Trump or Clinton 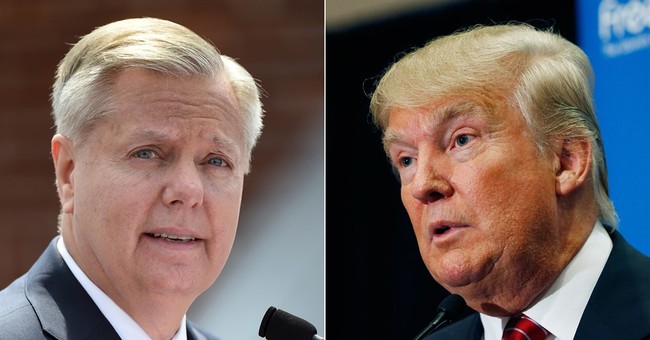 Long-time South Carolina Senator Lindsey Graham will not vote for Donald Trump. He won't be casting a vote for Hillary Clinton, either.

In an interview with CNN's Dana Bash Friday, Graham said Trump doesn't have the temperament to be president. He also released a statement.

Graham says in a statement Friday he "cannot in good conscience support Donald Trump because I do not believe he is a reliable Republican conservative nor has he displayed the judgment and temperament to serve as Commander in Chief."

"I will enthusiastically support Republicans for other offices in South Carolina and throughout the country. I will focus my time, energy and effort on raising resources and advocating for our Republican majorities in the House and Senate," he said.

South Carolina's senior senator also says he will join a growing list of veteran Republicans, including both Presidents Bush, Mitt Romney, John McCain and others, now declining to attend the party's convention this summer in Cleveland, Ohio.

Last year when Graham was running for president against Trump, the now presumptive GOP nominee released Graham's phone number to the public. This is how Graham responded.