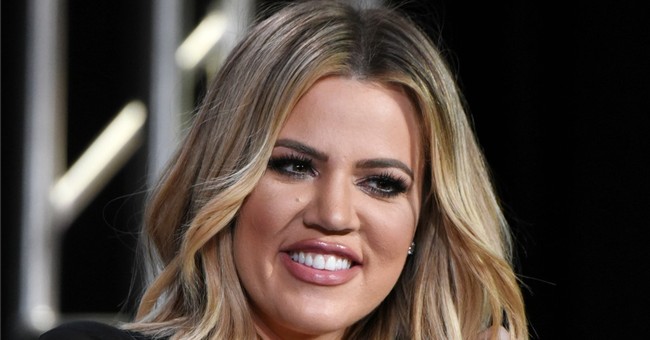 Khloe Kardashian, sister of the famous Kardashain clan, recently took a trip to Cuba with her sisters Kim, Khloe and a friend.

Yesterday, Khloe shared a photo on her Instagram and Twitter pages posing under "Fidel", which is etched under a quote on the wall. Fidel, of course, is the iron fisted dictator who has ruled over Cuba for decades. He is the same dictator who, along with his brother Raul, throws political dissidents into prison, including a man who dared to wave an American flag as the first cruise arrived on the island this week. He is responsible for the murders and deaths of ten-of-thousands of Cubans.

The outrage was swift, with many of Khloe's fans educating her about who Fidel Castro is and what he did to their families.

"Wow. Really?! Posing with Fidel....I used to adore you. I am Cuban and my family has known people who were MURDERED by this man. Disgusting!" one fan wrote.

"Fidel?!!!! Wtf really? As much as I like you I think this is disgusting!!! Cuban American over here," another said in outrage.

"Posing with that pig's name over you is disgusting. I had to leave my beautiful country of Cuba when I was two years old because of political reasons and that was 36 years ago. That pig ripped families apart, including mine," another detailed.

There is hope, read the comments, overwhelming number of ppl know who Fidel Castro is and that he's a bad dude https://t.co/qgb9h9S39N

Comments on this photo, "How do the Kardashians have internet in Cuba?" https://t.co/qgb9h9Asif

Fidel throws people in prison for attempting to use Twitter @khloekardashian

He's also had a lot of people killed and is a massive human rights violator but hey, viva! @khloekardashian

No word on whether the Castro regime allowed Khloe and her pals use the internet to post their photos while they were in Cuba, or if they had to return to the U.S. to log back on.