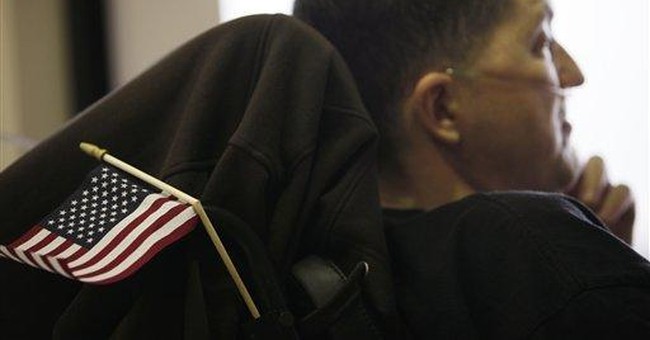 Despite scandal and national embarrassment after thousands of vets died while waiting for healthcare, the Veterans Affairs Administration isn't improving. Wait times are longer now than they were two years ago and according to a new Inspector General report, VA workers have potentially shredded hundreds, maybe thousands, of pages needed to treat and fulfill benefits to veterans who have made healthcare claims. From Military.com:

Department of Veterans Affairs investigators conducted spot checks at 10 veterans benefits offices around the country and came to a disturbing conclusion: The VA has been systemically shredding documents related to veterans' claims -- some potentially affecting their benefits.

The VA Office of Inspector General conducted the surprise audit at 10 regional offices on July 20, 2015, after an investigation into inappropriate shredding in Los Angeles found that staff there was destroying veterans' mail related to claims, according to an OIG report released Thursday.

Investigators arrived unannounced at regional offices and sifted through 438,000 documents awaiting destruction as of 11 a.m. Of 155 claims-related documents, 69 were found to have been incorrectly placed in shred bins at six of the regional offices: Atlanta, Chicago, Houston, New Orleans, Philadelphia and Reno, Nev. There were none at Baltimore, Oakland, San Juan and St. Petersburg, Fla.

Investigators determined that two of the 69 documents affected benefits directly, nine had the potential to affect benefits and the rest would not affect benefits but were required to be in the claims folders before destruction and were not there.

"The potential effect should not be minimized," the report concluded. "Considering that there are 56 [VA regional offices], and if weekly shredding is conducted, it is highly likely that claims-related documents at other VAROs are being improperly scheduled for destruction that could result in loss of claims and evidence, incorrect decisions and delays in claims processing."

Despite millions of extra dollars in funding for the VA system, the culture of disregard at many veteran hospitals across the country remains the same and veterans are still paying the ultimate price for it.