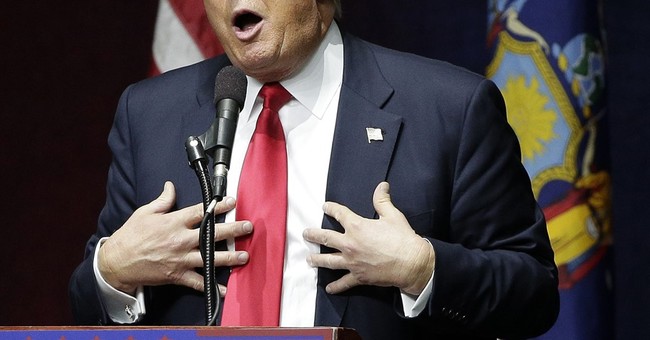 Just days before the January Iowa Caucuses, GOP presidential candidate Donald Trump boycotted the Fox News debate and set up a veteran fundraiser across town at the same time. After the event, he bragged about raising $6 million in one night for a number of veteran groups.

Three months later, those groups still haven't been paid in full. From the Wall Street Journal:

A survey by The Wall Street Journal of 19 of the 22 groups originally listed by Mr. Trump’s presidential campaign as the prospective recipients of the funds found that they had received roughly $2.4 million of the estimated $6 million in donations the campaign said the event generated. The total received by all of the groups is likely to be more.

All of the groups reported receiving checks from the Donald J. Trump Foundation or associates through the mail, and most arrived in late February in increments of $50,000 or $100,000. Three organizations reported getting smaller donations in March that averaged between $5,000 and $15,000.

Instead of being funneled directly to veteran groups, the funds raised at the event were put into an account owned by Donald Trump, which means there is no way to prove how the money is being spent or properly allocated.

The Trump campaign insists all of the money raised will eventually be distributed to the veteran groups that participated in the event.