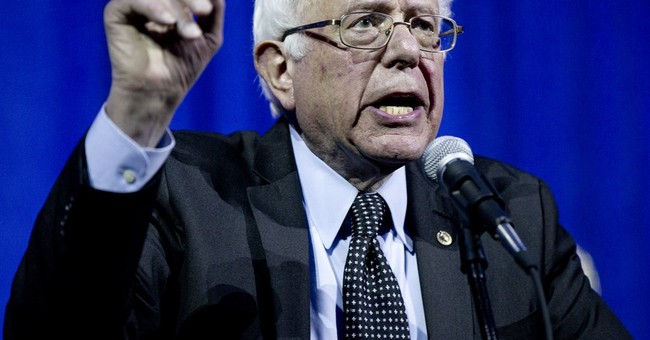 Socialist presidential candidate Bernie Sanders has captured young, naive hearts everywhere by claiming to fight against the evil, millionaires and billionaires who are allegedly keeping the rest of us down. At campaign rallies and debates, Bernie boasts of the thousands of supporters sending just $27 to fund his campaign and slams rival Hillary Clinton for taking money from Wall Street.

When Sanders announced his run for the White House last year, he was introduced at his first rally by millionaires Ben Cohen and Jerry Greenfield of Ben & Jerry's ice cream. They've been backing his campaign ever since and even named a new flavor after the candidate, "Bernies Yearning."

While Bernie Sanders has pitched himself as the presidential candidate for the little guy -- tapping into the wallets of voters angry over Wall Street’s influence in politics -- a deeper dive shows Sanders has enlisted an arsenal of millionaire and billionaire backers who have backed his political career since his early Senate runs a decade ago.

That big-money support stands in sharp contrast to Sanders' calls for corporate fat-cats and the uber-wealthy to pay their “fair share” in taxes by closing loopholes and removing breaks that benefit the mega-rich.

Sanders may not have a Super PAC, but he certainly has big money backers.