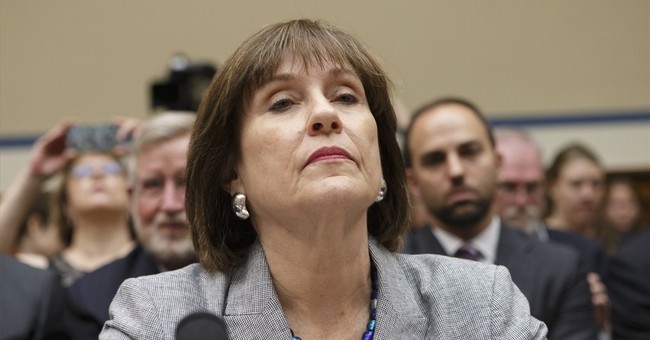 Late last Friday the Department of Justice announced attorneys would not be issuing criminal charges to Lois Lerner, the former head of tax exempt organizations at the IRS and the woman at the center of the IRS targeting scandal.

It was no surprise DOJ announced it wasn't pressing charges, because after all, considering DOJ attorneys colluded with Lerner on efforts to throw at least one conservative leader in jail to send a message, they'd also have to bring charges against themselves. As a reminder:


Now that DOJ has issued its non-punishment, individuals and groups targeted by the IRS, DOJ and Lerner are speaking out.

"We're still in court fighting it out. The irony even in our court case is that the same attorneys that closed the investigation are also defending the IRS against us in court. This is a lawless generation, a lawless administration where criminals go free and Americans fear their government," True The Vote President and Founder Catherine Engelbrecht said during an interview with Fox News yesterday. "It certainly makes a mockery out of everything we've been through over the past two years."

“By failing to indict Lois Lerner, the Obama Justice Department – or, should we say, the Obama Injustice Department – is making a mockery of this ‘investigation,’ when countless American citizens, by Ms. Lerner’s own admission, were persecuted by the Internal Revenue Service. This is a woman, after all, who looked into the camera at a national television audience and directly at a congressional committee and refused to answer their questions for fear of incriminating herself," Tea Party Patriots President Jenny Beth Martin said in a statement. “This is just the latest evidence that the Justice Department, whether under Eric Holder or Loretta Lynch, has simply become the political hatchet-men for President Obama and his cronies throughout the Administration. Clearly, we cannot rely on the Department of Justice to provide justice. Consequently, we continue to urge Congress to vigorously investigate the IRS, Ms. Lerner, and their illegal persecution of law abiding American citizens. If Speaker-To-Be Paul Ryan wants to earn support from grassroots activists across the country, he will not let Congress rest until justice is done.”