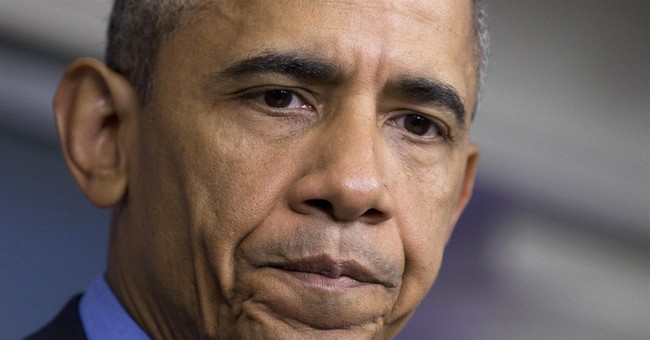 When revelations of excruciating and deadly wait times at Veteran's Affair came to light last summer in the media (after years of warnings), the country was mortified. President Obama, lawmakers and new VA Secretary Robert McDonald vowed to do something about it.

"When I hear allegations of misconduct, any misconduct -- whether its allegations of VA staff covering up long wait times, or cooking the books - I will not stand for it. Not as commander in chief but also not as an American. None of us should," Obama said last year. "If these allegations prove to be true it is dishonorable, it is disgraceful, and I will not tolerate it, period."

Fast forward one year later and the problem has gotten significantly worse, not better. In fact, wait times for veterans have increased by 50 percent. In other words, it's still being tolerated. More from AP:

The number of veterans seeking health care but ending up on waiting lists of one month or more is 50 percent higher now than it was a year ago when a scandal over false records and long wait times wracked the Department of Veterans Affairs, The New York Times reported.

The VA also faces a budget shortfall of nearly $3 billion, the Times reported in a story posted online ahead of its Sunday editions. The agency is considering furloughs, hiring freezes and other significant moves to reduce the gap, the newspaper reported.

So what's the problem and how in the world could things have gotten any worse? Especially after thousands of veterans reportedly died waiting for care?

The VA is blaming the increase on an influx of unexpected patients. Keep in mind that despite claims from McDonald he's fired dozens of people, he's actually fired no one for lying about wait times, cooking the books or the gross mishandling of veteran needs.

In the last year, the VA has increased capacity by more than 7 million patient visits per year, double what officials originally thought they needed to fix shortcomings, the Times reported. However, the newspaper added, department officials did not anticipate just how much physician workloads and demand from veterans would continue to soar. At some major veterans hospitals, demand was up by one-fifth, the paper reported.

And perhaps the most alarming revelation from the new wait time information? The VA, aka government healthcare run by bureaucrats, is actively determining who does and does not receive proper care through rationing and yes, death panels.

The Times also reported intense internal debate at the VA over a proposal to address a shortage of funds for a new, more effective but more costly hepatitis C treatment by possibly rationing new treatments among veterans. Certain patients who have advanced terminal diseases or suffer from a "persistent vegetative state or advanced dementia" would be excluded under that plan, the paper reported.

If the system treats veterans who served the country this way, just wait until we see what Obamacare does to the rest of us.

Does the VA need more funding? Nope. In fact, the VA doesn't even spend all of it's allocated funds each year.

The real culprit here is a culture of indifference to getting veterans the help they not only need, but help they have earned. What a damn shame.