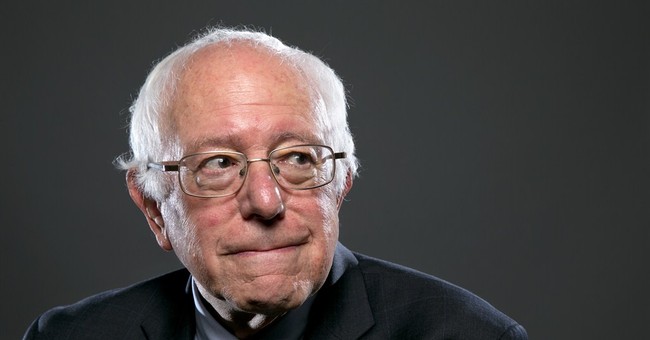 Socialist and declared presidential candidate on the Democrat ticket Bernie Sanders, reportedly wrote an essay back in the 70s that is....really bad. Warning: graphic.

In the essay Sanders not only writes that a woman fantasizes about being raped, but about being gang raped by three different men. The Washington Examiner has the story:

The 1972 article "Man — and Woman," published in the Vermont Freeman, displays Sanders' views on gender and sexuality at the time of its publishing.

"A man goes home and masturbates his typical fantasy," wrote Sanders. "A woman on her knees, a woman tied up, a woman abused."

When in comes to female fantasies, Bernie also knows all.

"A woman enjoys intercourse with her man — as she fantasizes being raped by three men simultaneously," the essay reads.

What Sander's wrote is horrifying and it's inexcusable, but lets put this into perspective.

So, there's that. Good jobs Democrats. And to think this is the Party that claimed in 2012 Republicans were (and still are) waging a war on women.