General McChrystal: Yep, We Knew Bergdahl Was a Deserter Immediately 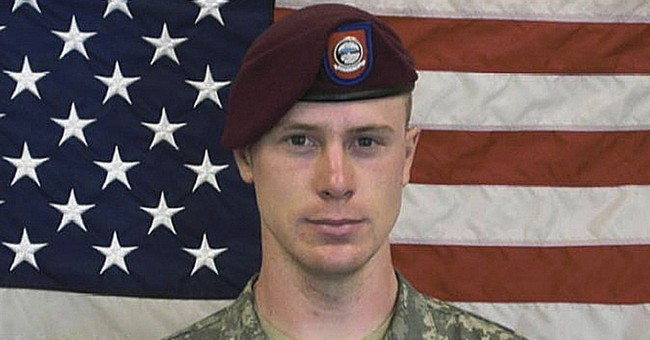 When Army Sgt. Bowe Bergdahl was traded for five high risk Taliban commanders last summer, his platoon mates quickly hit the airwaves to expose him as a deserter. They said it was known he was a deserter for years. The Obama administration, however, gave the appearance to the American people that officials were unaware of the circumstances surrounding his capture. In fact, last year State Department Deputy Spokeswoman Marie Harf said allegations Bergdahl deserted were simply "rumors." Not only did President Obama hold a Rose Garden ceremony to honor Bergdahl, but administration officials Jay Carney and Susan Rice said he "served with honor and distinction."

But now, Army General Stanley McChrystal is confirming the accounts of Bergdahl's platoon mates and said in a recent interview with Fox News it was known Bergdahl deserted immediately after his disappearance.

"My initial understanding, based on the reportings I got, that he had walked off intentionally," McChrystal said.

Bergdahl was officially charged with desertion and inappropriate behavior in front of the enemy earlier this year. He will stand trial at Ft. Sam Houston in Texas. He faces life in prison.

Meanwhile, the five Taliban leaders who were traded for Bergdahl are expected to be released from Qatar custody within weeks. At least one of them has already attempted to engage in jihad against the United States.