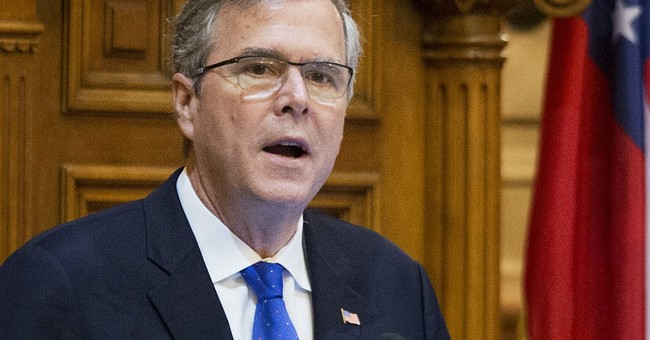 Potential GOP presidential candidate Jeb Bush is calling on Congress to confirm attorney general nominee Loretta Lynch, whose confirmation hearings took place in front of the Senate Judiciary Committee in January. In February, Lynch was voted out of the committee and approved 12-8. Due to the legislative schedule and fighting over bills already in motion, a full Senate vote on her confirmation has not yet taken place. More from POLITICO:

“I think presidents have the right to pick their team,” Bush said, according to reports of his stop at the “Politics and Pie” forum in Concord, New Hampshire, on Thursday night.

A Senate fight over a sex-trafficking bill that includes a controversial abortion provision has held up Lynch’s nomination for 160 days since Obama announced his choice last Nov. 8, but Minority Leader Sen. Harry Reid (D-Nev.) is threatening to break protocol and force a vote on the Senate floor.

“If someone is supportive of the president’s policies, whether you agree with them or not, there should be some deference to the executive,” Bush told reporters. “It should not always be partisan.”

During her confirmation hearings, Lynch expressed support for President Obama's executive amnesty and argued that anybody who is inside the United States, regardless of how they got here or what their legal status is, has a right to work.

There's Another Bonus to Confirming Amy Coney Barrett...And CNN Actually Zeroed In On It
Matt Vespa