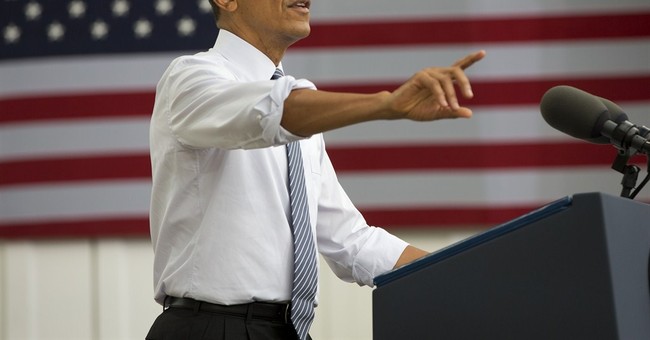 Despite President Obama’s promise of an “unprecedented level of openness in government,” the American people have unfortunately become accustomed to a new normal over the past six years: incompetence, scandal, and misconduct. When news breaks about freshly exposed corruption, the reaction of far too many is, “Unbelievable, but I’m not surprised.”

Since Obama took office in 2009, we’ve witnessed Operation Fast and Furious, Benghazi, Department of Justice spying on reporters and their families, IRS targeting of conservatives, the HealthCare.gov debacle, the GSA conference scandal, Solyndra, veterans dying as a result of secret wait lists within the Department of Veterans Affairs, and many, many more.

Obama’s White House has not weathered these storms through luck alone. They have a well-thought-out, well-used playbook designed to lie to the American people, protect administration officials, and to avoid accountability or criminal prosecution.

The president and his political appointees knew nothing about what happened while it was happening and only learned about (insert scandal here) for the first time in the newspaper or on cable television. The president is mad as hell if the allegations are true and promises to hold someone accountable.

“I heard on the news about this story,” Obama told CNN in March 2011, “that— Fast and Furious, where allegedly guns were being run into Mexico, and ATF knew about it, but didn’t apprehend those who had sent [the guns].”

The president is deeply angry about the misconduct/incompetence demonstrated in (insert scandal here) and he will work hard to investigate what happened and hold those responsible accountable.

The president is in no way responsible or in any way connected to those responsible for (insert scandal here). The culpable parties are just low-level employees in a small office far, far away from the White House and nobody in Washington knew anything about what happened. The federal government is really big and Obama can’t be expected to be held accountable for everything that goes wrong.

“Well, look, it’s an interesting case study, right, because if you look at the Inspector General’s report, apparently some folks down in the, bureaucracy, ya know—we have a large government—took it upon themselves to shorthand these applications for tax exempt status in a way that, as I said, was idiotic,” David Axelrod, former-senior adviser to the president, told MSNBC about the IRS scandal. “Part of being president is, there is so much beneath you that you can’t know, because the government is so vast.”

The president is trying really hard to work with Congress to get to the bottom of (insert scandal here). But those evil Republicans in Congress are not interested in good governance or the truth. We can’t possibly comply with their subpoenas.

When the House Energy and Commerce Committee subpoenaed the White House for documents relating to the al- most $400 million in taxpayer money lost on Solyndra, White House counsel Kathryn Ruemmler refused, writing, “The committee’s extremely broad request for documents—now a subpoena— is a significant intrusion on executive branch interests.” Ruemmler added that the investigation “was driven more by partisan politics than a legitimate effort to conduct a responsible investigation.”

The president is trying to move on and do the business of the American people, but these pesky Republicans keep focusing on a fake scandal that is now old news.

“Dude, this was like two years ago,” former-White House National Security Council spokesman Tommy Vietor told Fox News’ Bret Baier when pressed to explain his involvement in the Benghazi cover-up. “We’re talking about the process of editing talking points. That’s what bureaucrats do all day long.”

Obama has used this playbook with ruthless precision. As time goes by, the scandals go away. Nobody is fired and questions remain unanswered.

Saul Alinsky’s book “Rules for Radicals” may have inspired a generation of progressives, but Obama and his administration have clearly added a chapter of their own. •