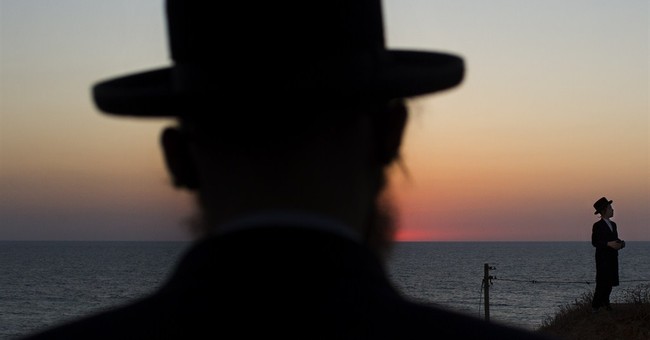 This is really scary. According to a report in USA Today and Israeli media, Jews in eastern Ukraine have been ordered to register themselves. Russia took over parts of the region this week and have no plans to stop moving.The excuse being used for the registration is that Jews support independence from Russia. Jewish citizens of Ukraine who do not register are being threatened with deportation.

Jews in the eastern Ukrainian city of Donetsk where pro-Russian militants have taken over government buildings were told they have to "register" with the Ukrainians who are trying to make the city become part of Russia, according to Israeli media.

Jews emerging from a synagogue say they were handed leaflets that ordered the city's Jews to provide a list of property they own and pay a registration fee "or else have their citizenship revoked, face deportation and see their assets confiscated," reported Ynet News, Israel's largest news website.

The leaflet begins, "Dear Ukraine citizens of Jewish nationality," and states that all people of Jewish descent over 16 years old must report to the Commissioner for Nationalities in the Donetsk Regional Administration building and "register."

It says the reason is because the leaders of the Jewish community of Ukraine supported Bendery Junta, a reference to Stepan Bandera, the leader of the Ukrainian nationalist movement that fought for Ukrainian independence at the end of World War II, "and oppose the pro-Slavic People's Republic of Donetsk," a name adopted by the militant leadership.

This latest move by Russia brings back horrific memories and Israeli officials are in talks to figure out what to do next. Sanctions imposed by the United Staters on top Russian officials close to President Vladimir Putin are clearly not slowing the dangerous and rapidly escalating situation.

UPDATE: The U.S. Ambassador to Ukraine has confirmed this is happening.

UPDATE: Thank goodness, it looks like it was a false flag.

The Donetsk Jewish community dismissed this as “a provocation,” which it clearly is. “It’s an obvious provocation designed to get this exact response, going all the way up to Kerry,” says Fyodr Lukyanov, editor of Russia in Global Affairs. “I have no doubt that there is a sizeable community of anti-Semites on both sides of the barricades, but for one of them to do something this stupid—this is done to compromise the pro-Russian groups in the east.”

Why? The Russian government has been playing up the (real but small) role of fascists and neo-Nazis in the victory of the EuroMaidan in Kiev. The Ukrainian government, utterly powerless to fight off the Russians and their local stooges, have had to rely on other methods, like leaking taped phone calls of allegedly local separatists getting their commands from Moscow. This may be just another tactic to smear the so-called anti-Maidan in the east of Ukraine: you think we’re fascists? Well, take a look at these guys.