Poll: Obamacare Popularity "Languishing at Its Lowest Level Since Passage" 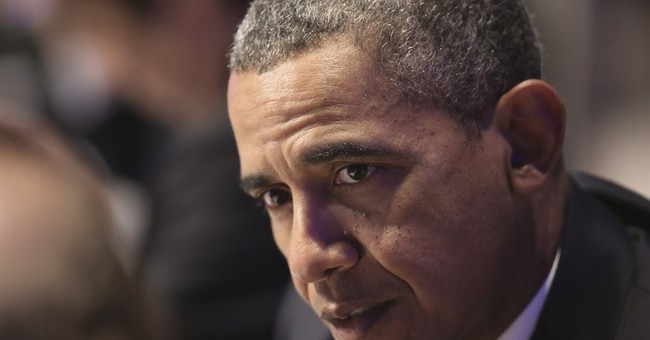 According to a new Associated Press-Gsk poll, Obamacare isn't getting any more popular and even Democrats are dropping their support for the damaging law. Further, although the poll shows the legislation has just a tiny sliver of support from the American population, just 26 percent, voters believe the law is here to stay and that lawmakers will be unsuccessful with repeal.

Public support for President Barack Obama's health care law is languishing at its lowest level since passage of the landmark legislation four years ago, according to a new poll.

In April of 2010, soon after the law passed, 50 percent of Americans said they were opposed to it, while 39 percent were in favor. Ten percent were on the fence.
Now, just 26 percent say they are in favor, a drop of 13 percentage points. Forty-three percent say they are opposed, a drop of 7 percentage points since that poll four years ago. But the number who neither support nor oppose the law has tripled, to 30 percent.

"To get something repealed that has been passed is pretty impossible," said Gwen Sliger of Dallas. "At this point, I don't see that happening."

Sliger illustrates the prevailing national mood. Although a Democrat, she's strongly opposed to Obama's signature legislation. But she thinks "Obamacare" is here to stay.


These numbers come after the government dumped hundreds of millions of dollars into advertising for the legislation. The polling was conducted before the Department of Health and Human Services announced earlier this week that the March 31st deadline to enroll in Obamacare will be extended for those "waiting in line" to get Obamacare coverage. Yesterday, a group of Democrats and one Independent up for re-election in the Senate offered a set of "fixes" for the legislation, many fixes Republicans have been suggesting for years.

The disconnect between the American people and lawmakers in Washington on Obamacare is telling. The law is less popular than ever, it's ruining people's lives and yet, the majority of the country doesn't feel repeal is possible thanks to the habit of politicians continuing to fund bad government programs in D.C.