Big Day at the Supreme Court for Obamacare Contraception Mandate 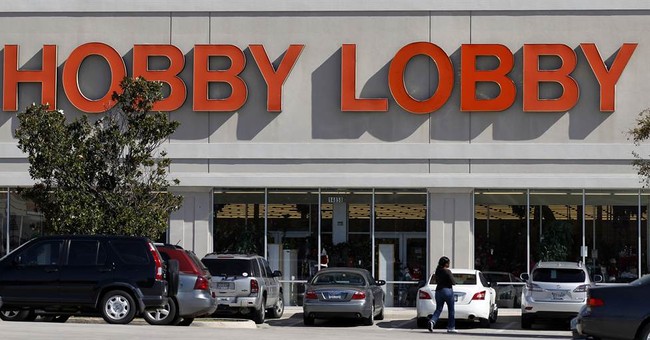 Today U.S. Supreme Court Justices will hear arguments in the case brought against Obamacare by the Christian company Hobby Lobby in Hobby Lobby v. Sebelius. In short, the company is arguing the mandate requiring contraception coverage violates their First Amendment Rights to religious freedom. Companies Mardel and Conestoga Wood Specialties have joined Hobby Lobby in their lawsuit and many other companies have submitted amicus briefs in support of the suit.

In enacting the ACA, Congress required large employers to provide basic preventive care for employees. That turned out to include all 20 contraceptive methods approved by the Food and Drug Administration.

Under the law, religious nonprofits were exempted from this requirement, but for-profit corporations were not.

The lead plaintiff before the court is Hobby Lobby Inc., a chain of 500 arts and crafts stores with 13,000 employees. The owners are conservative Christians who object to certain methods of birth control — IUDs and morning-after pills — because they can interfere with the creation of life once an egg is fertilized.


Before arguments get underway at the Supreme Court this morning, be sure to read Gabriel Malor's take down of lies the media has been telling readers and viewers about this case over at The Federalist.

This week, the Supreme Court will consider whether businesses and their owners must choose between paying millions of dollars in fines and violating their religious beliefs. The outcome of the combined cases, popularly styled Sebelius v. Hobby Lobby, will shape how government interacts with religious Americans for decades to come. It is no overstatement to say that an adverse outcome would banish from public life many Americans who wish to go on operating their businesses in accordance with their religious beliefs, as they have for decades.

But a funny thing happens if you pick up a newspaper covering these cases. The leftist papers do not mention the substantial monetary burden put on religious business owners to violate their consciences. The papers do not mention that contraception was both inexpensive and widely available before the contraception mandate, and still is. The papers omit to mention that it isn’t the businesses who have radically changed, but the mandates from government.

Quite simply, if you read a newspaper to find out about the contraception mandate cases, you will read lies.


As Malor points out in his piece, this case isn't about women's rights, gay rights or corporate rights as the media would like us to believe, but is instead about whether the government can force companies to drop their religious beliefs as soon as they go into business. As Malor also points out, businesses have been operating based on their religious beliefs for decades, this case will determine whether they are allowed to continue that practice.

According to the Kaiser Family Foundation, before Obamacare was signed into law in 2010, 85 percent of corporations voluntarily offered the contraception coverage the law now mandates. It's hard to believe the Supreme Court would put the "right" to contraception above the First Amendment in this case. The Justices will hear arguments today but won't announce a ruling until June.