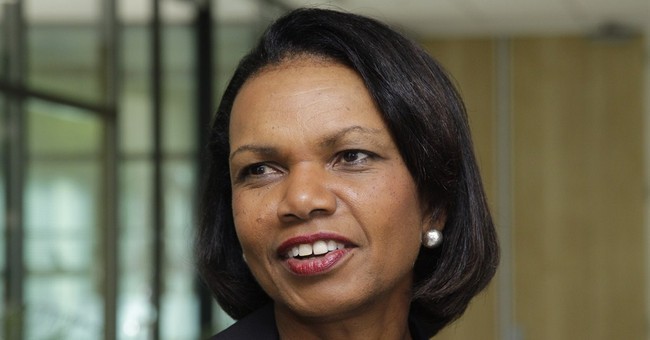 Liberal tolerance has struck again in academia, this time at Rutgers University.

Former Secretary of State and Stanford University Professor Condoleezza Rice was invited to speak at the 2014 Rutgers commencement ceremony. Now, a faculty board at the university is demanding the invitation be revoked. Tolerant liberal students are demanding the same.

Rutgers University professors and students are crying foul over the school's decision to invite former Secretary of State Condoleezza Rice to speak at this year's commencement ceremony.

Rutgers' New Brunswick Faculty Council passed a resolution last week calling on the university's board of governors to rescind its invitation to Rice, who will receive $35,000 and an honorary doctorate for the speech, The Star-Ledger reported.

The resolution said Rutgers should not honor Rice because of her role in the war in Iraq and the Bush administration’s policy of "enhanced interrogation techniques," such as waterboarding, the report said.

So why the outrage? Students and professors are accusing Rice of promoting torture during her time in the Bush administration. The good news is school officials who made the decision to invite Roce