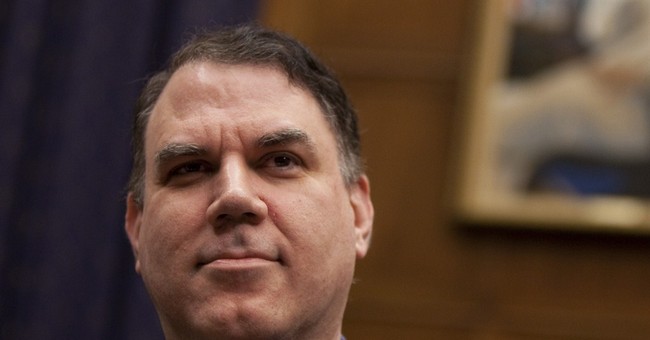 One of our favorite unhinged Democratic Congressmen, Rep. Alan Grayson of Florida, has been accused by his wife of allegedly assaulting her during a domestic dispute. More from the AP:

Florida U.S. Rep. Alan Grayson's wife has accused him of pushing her during an argument over the weekend, but he claims the allegations are a lie.

The Orange County Sheriff's Office confirmed Tuesday that it was investigating a reported domestic violence incident between Grayson and his wife, Lolita, but no charges have been filed.

Grayson's office released a statement denying his wife's accusations. Grayson says he never touched his wife, even after she physically attacked him.

Grayson's wife filed for divorce in January, and the central Florida Democrat claims he was attempting to visit his children when the incident occurred.

More from the Orlando Sentinel:

The Orlando Sentinel reports that a judge has granted a temporary protective injunction against Grayson after Lolita Grayson filed paperwork accusing the congressman of pushing her against a door during a confrontation at their home on Saturday, causing her to fall and injuring her.

Here's a quick flashback to Grayson railing against Republicans for their war on women.

And another clip of Grayson falsely implying his 2012 Republican opponent was a wife beater.

Todd Long’s wife had alleged that he had been “very abusive and manipulative” in divorce papers, but didn’t accuse him of being physically abusive, which Grayson implied in his quip, “if you’re going to ask anyone, ‘are you still beating your wife,’ that kind of question, ask him!”


We'll have to wait and see how this whole thing plays out, but already the hypocrisy is strong. I'll leave you with this pointed question from my colleague Guy Benson: