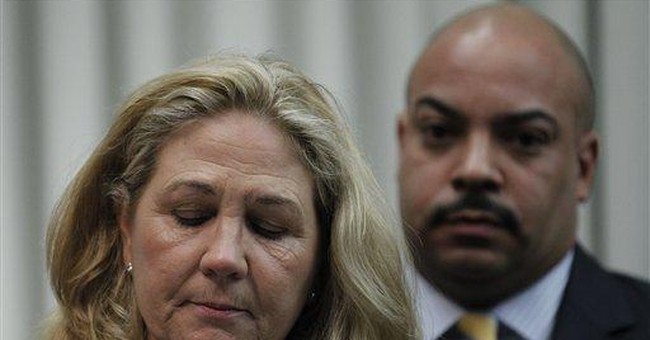 Maureen Faulkner, widow of Philadelphia Police Officer Daniel Faulkner, is begging senators to vote against the nomination of Debo Adegbile to head to Civil Rights Division inside the Department of Justice. Adegbile is a supporter and advocate for convicted cop killer Mumia Abu-Jamal, who brutally murdered Daniel Faulkner in 1981 during an early morning traffic stop. Under Adegbile's leadership at the NAACP Legal Defense Fund, attorneys expressed what an "honor" it was to represent Abu-Jamal in court and that the case was taken up based on race.

Adegbile has already been streamlined to a vote on the Senate floor after approval earlier this year by the Senate Judiciary Committee. Debate on Adegbile's nomination is expected to start today with a full vote coming Tuesday afternoon or sometime Wednesday.

Last night, Maureen Faulkner made an appearance on the Kelly File where she pleaded for senators to block his nomination. She said she asked Majority Leader Harry Reid to postpone the vote on Adegbile until she could make it to Washington D.C. to speak about the issue in person. Her phone calls have been ignored.