With Ban on Concealed Carry Lifted, Chicago Residents Learn to Protect Themselves 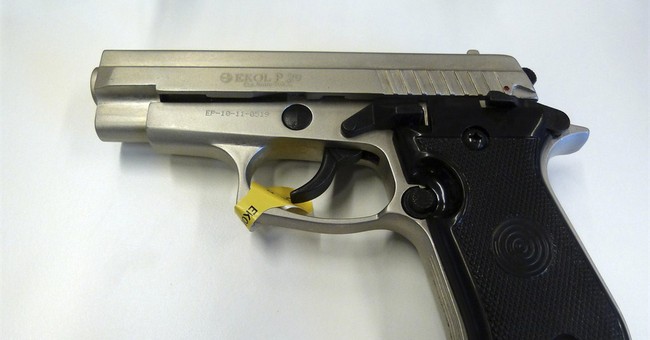 In December 2012 the 7th Circuit Court of Appeals struck down Illinois' ban on concealed carry as unconstitutional, finally opening the door for residents in crime ridden areas of Chicago to protect themselves and their communities. Although permits must be approved by local police and a state licensing board, it's a start. People who have applied for permits are expected to get approvals and permits in the mail by the middle of March 2014.

Now that Illinois residents have finally been given their rights back, they're flocking to concealed carry classes to learn more about how to safely carry a firearm. The Reader just did a feature story Gerald Vernon, a long time Second Amendment advocate and firearms instructor living in Chicago's south side.

His ten students—eight men and two women, all African-Americans—were listening intently. They had gathered in a meeting room at a south-side social service center to learn about gun ownership and self-defense from Vernon, a veteran firearms instructor who was seated at the front of the room next to a table set with an array of revolvers and semiautomatic handguns from his collection.

The students didn't appear to need any convincing. "I'm interested in protection," explained Thomas Brandon, 57, when it was his turn to introduce himself. The others said they were there for the same reason.

"Over the last 20 years, I've been places I don't think a lot of other black people have been," he told the class. "I've spent a lot of time and a lot of money traveling the country and getting this training so I could bring it back to the community."

He added: "Most of what Americans know about guns they learned from TV and the movies, and 99 percent of it is wrong."

Vernon has been a firearm owner and activist for decades, but he doesn't fit the stereotype of a gun nut. He's a middle-class African-American who lives on Chicago's south side. A former university administrator, he's studied civil rights history for decades.

Vernon believes that African-Americans, of all people, should embrace the right to bear arms, even if they don't want to carry a gun themselves. "Black people have been programmed to think that self-defense, our defense, is someone else's responsibility—that good, honest, decent black people have nothing to do with guns, because guns are for white folks, police, and black criminals. I find it to be an absurd notion. The vast majority of gun laws in America have been aimed at trying to disarm black people."

You can check out the entire profile from Reader here.

Newly released FBI crime stats show during the first six months of 2013, violent crime across the country decreased, a trend we've seen for five years in a row. At the same time, more people than ever own guns and are carrying them concealed on a daily basis. A recent Gallup poll shows more Americans are dissatisfied with gun control being too strict.

As more people carry concealed in Chicago, the crime rate will decrease. Guaranteed.