Jay Carney: Of Course Obama's Big Campaign Donors Don't Get Hired as Diplomats Because They Donated 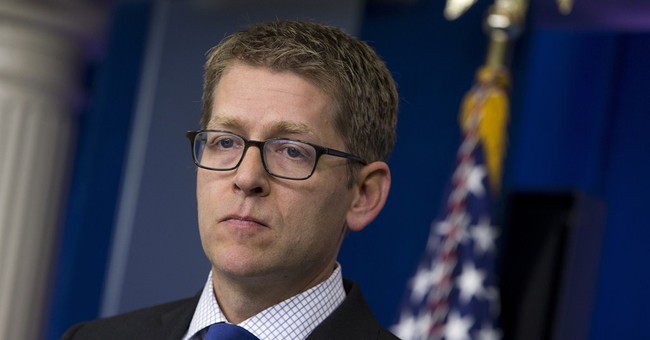 Take for example George James Tsunis, a big Obama campaign bundler appointed to be the U.S. Ambassador to Norway who knows nothing about Norway.


Or how about Colleen Bell, who embarrassed herself during a confirmation hearing on Capitol Hill after blowing basic questions about Hungary.

But the habit of appointing big money friends isn't limited to ambassadorships. New Homeland Security Secretary Jeh Johnson is arguably highly underqualified for the position President Obama has put him in.

Texas Senator John Cornyn slammed Johnson as someone who has little experience when it comes to border security and framed the nomination as a payback for fundraising to get Obama elected.

But hey, the guy helped bundle hundreds of thousands of dollars for his re-election campaign and personally donated more than $30,000, so who cares about real qualifications.

Yesterday during his daily press briefing, White House Press Secretary Jay Carney was asked about Obama's habit. Carney responded by saying raising money for a campaign neither hurts or helps people secure prominent government positions. Last night on the O'Reilly Factor, James Rosen pointed out one of the main reasons these appointments are being questioned is because during the Watergate investigation, Nixon was investigated for doing the same.

.@PressSec: "Being a donor doesn't get you a job in this administration, or preclude you from getting a job"