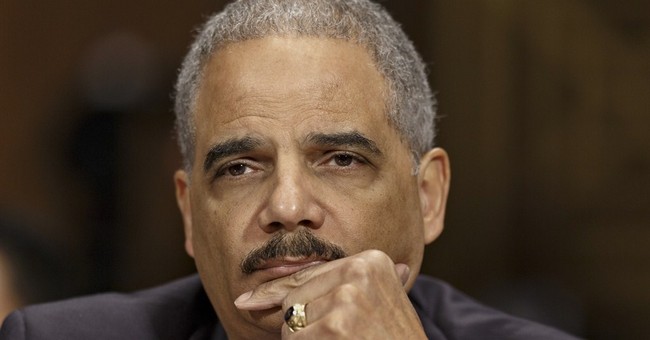 It's been 283 days since news of the IRS unfairly targeting conservative groups first broke and not a single person at the agency has been indicted. Earlier this month we learned the attorney in charge of the investigation into the targeting, Barbara Bosserman, is a big time Democratic donor.

Bosserman has donated a combined $6,750 to President Obama’s election campaigns and the Democratic National Committee since 2004, with the vast majority of the contributions coming during the last two presidential election cycles, according to federal campaign-finance records.

Chairman of the House Oversight Committee Darrell Issa has said Bosserman's involvement in this case has compromised the administration's investigation and has requested she be removed.

Yesterday during a Justice Department oversight hearing in front of the Senate Judiciary Committee, Attorney General Eric Holder said he was confident political affiliations were not getting in the way of the investigation, that there is no conflict of interest and told Texas Senator Ted Cruz he won't be appointing a special prosecutor to the case.

“I don't have any basis to believe that the people who engaged in this investigation are doing so in a way other than investigations are normally done. That is by looking at the facts, applying the law to those facts, and reaching the appropriate conclusion. I don't have any basis to believe anything other than that is occurring," Holder said. "I don’t think that there is a basis for us to conclude on the information as it presently exists that there is any reason for the appointment of the independent counsel…The notion that somehow this has caused a loss of faith in this Justice Department is inconsistent with the facts."