The Latest Way the Department of Justice is Wasting Your Money 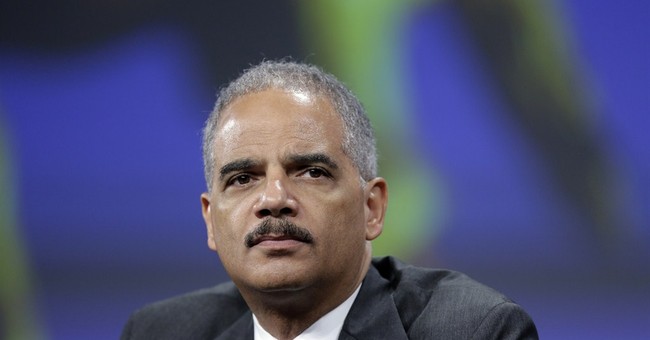 Federal government agencies are really good at wasting taxpayer money and the Department of Justice is no exception. In 2011, DOJ officials took heat for spending lavish amounts of cash for a conference in Washington D.C. In 2013, we learned taxpayers have shelled out more than $4 million for Attorney General Eric Holder's travel during his tenure and now, DOJ will spend more than a half a million dollars to "better its brand" on the professional networking site LinkedIn.

The Justice Department is spending more than $500,000 to “enhance” its company profile on LinkedIn and increase its “brand awareness.”

The contract, awarded on Christmas Eve, gives the government “unlimited access” to each of the networking site’s 250 million users through LinkedIn’s “Recruiter” service.

The DOJ’s Criminal Division, which enforces federal criminal laws, will use LinkedIn Recruiter to post job advertisements and seek out potential employees. Carahsoft Technology Corporation, a government IT company, will receive $544,338 to administer the service, according to the award.

The contract will allow the division to “reach a large-scale professional network of existing and potential Criminal Division audiences,” the agency said.


Creating a LinkedIn profile is free, but that isn't stopping DOJ from spending excess amounts of money on a recruiting job that can be done by someone already inside the Department. It is also important to note the criminal division, where this money will be focused, is headed by Assistant Attorney General Lanny Breuer. Breuer has been repeatedly accused of submitting false and misleading information to Congress about Operation Fast and Furious.

Matt Vespa
The March for Life Just Took Place on Friday to Mark the Anniversary of Roe v. Wade. Could It Be the Last One?
Rebecca Downs
CARTOONS | Gary Varvel
View Cartoon
Most Popular