Anti-Bullying Activist Dan Savage: Abortion Should Be Mandatory For the Next 30 Years 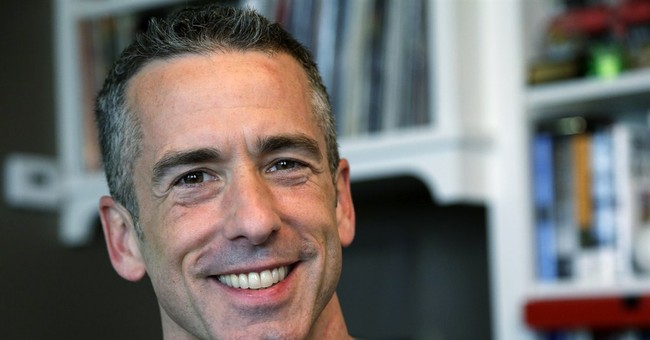 Meet Dan Savage. Liberals love him. He wants Sarah Palin to get cancer. He's an openly gay anti-bullying activist and founder of the "It Gets Better Campaign," which focuses on "giving hope to LGBT youth." He's made a lot of money by teaching college students around the country how to do things with their mouths (I'll leave it at that). He's an icon in liberal media circles. Dan Savage, ladies and gentlemen, thinks abortion should be mandatory for the next 30 years in order to control the human population.

I'm not sure what creeps me out more, Savage's idea that abortion should be mandatory for 30 years or the laughing and loudly cheering crowd supporting it.

Reality check for Savage: Things can't "get better" for anyone, including gays, if they are aborted before they're born.

Exit question: If there are too many "Goddamn people on the planet," why doesn't Savage make things a little less crowded by going first? He strongly believes in abortion, I wonder what he thinks about post-birth abortion.