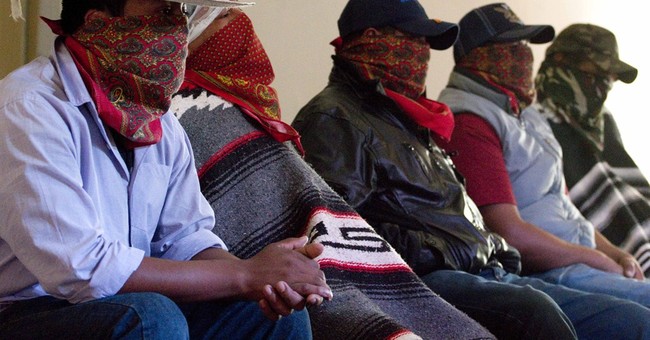 Editors note: A previous version of this story stated ATF allowed grenades to "walk," that is incorrect. U.S. Attorneys dropped the Kingery case after ATF agents arrested Kingery and had a full confession. Please see the detailed update here.

ATF's gunwalking and the Department of Justice failure to prosecute cases have come back to haunt them...again. CBS Investigative Reporter Sharyl Attkisson has the scoop:

CBS News has learned of a shocking link between a deadly drug cartel shootout with Mexican police last week and a controversial case in the U.S. The link is one of the grenades used in the violent fight, which killed three policemen and four cartel members and was captured on video by residents in the area.

According to a Justice Department "Significant Incident Report" filed Tuesday and obtained by CBS News, evidence connects one of the grenades to Jean Baptiste Kingery, an alleged firearms trafficker U.S. officials allowed to operate for years without arresting despite significant evidence that he was moving massive amounts of grenade parts and ammunition to Mexico's ruthless drug cartels.

The gun battle took place last week in Guadalajara. Authorities say five members of the Jalisco New Generation Cartel used at least nine firearms and ten hand grenades against Mexican police. If one of the grenades was supplied with the help of Kingery, as believed, it adds to the toll of lives taken with weapons trafficked by suspects U.S. officials watched but did not stop.

Guadalajara is much further south in Mexico than places we've seen DOJ linked weapons show up before. Most incidents involving the use of firearms or other weapons connected to ATF or DOJ operations have been recovered in northern states like Chihuahua. Earlier this year, a police chief and his body guard were killed with Operation Fast and Furious weapons. Last year, a Mexican beauty queen was used as a human shield in a firefight and killed. Guns from Operation Fast and Furious were left at the crime scene.

In July, Ranking Member of the Senate Judiciary Committee Chuck Grassley sent a letter to Attorney General Eric Holder asking why the Department of Justice was failing to inform Congress of murders connected to DOJ operations.