Young People Still Not Signing Up For ObamaCare 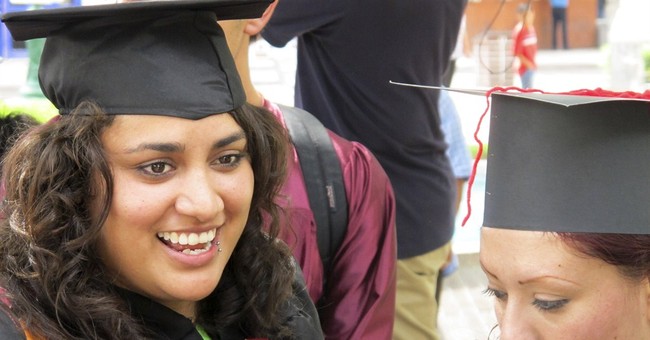 Guy already delivered the pathetic news of only 51,000 people signing up for Obamacare so far, but to make things worse, young people are still dodging the exchanges like the plague. Cathy Reisenwitz explains why in Forbes:

Experts say that young, healthy people must enroll in ObamaCare’s health exchanges to cover the cost of insuring sicker, older people. It’s a simple math equation: Charge everyone roughly the same rate for access to basically the same product. The people who use it less will subsidize the people who use it more.

The problem with this plan is that it hoses young, relatively poor people like me right when we least need high bills for services they’re not using. And it helps older, relatively rich people who should be able to afford the care they need. If America’s downtrodden and struggling young people are smart, they’ll opt out. Then it’ll be up to the federal government to fine them enough to make up for the shortfall.


Before Obamacare was passed in 2010, young people expressed little interested in making healthcare insurance a priority in their budgets. At the time, health plans for young and healthy people were available for as a little as $48. It didn't matter and young people didn't want it. Nothing has changed in the attitude of the young demographic the Obama administration hoped to attract, but was has changed is the price tag.


A report from the conservative American Action Forum found that health insurance rates for 2.7 million people aged 18 to 35 — the so-called young invincibles crucial to the health-care law’s success — would rise dramatically.

“Due to the ACA’s sweeping market reforms, rates for low-premium plans have increased exponentially between 2013 and 2014. In fact, on average, a healthy 30 year old male nonsmoker will see his lowest cost insurance option increase 260 percent,” reads AAF’s report.

A healthy 30-year-old would see his health insurance costs rise in all 50 states and the District of Columbia.


But what about the argument young people can stay on their parents' health insurance plans? Under Obamacare, adults are eligible to stay on a parents' health insurance plan until they are 26-years-old, but it comes at a cost. First, there is no such thing as free healthcare and delaying an individual plan only diverts the costs to parents for a longer period of time. Second, treating 26-year-olds as adult-children only delays real adulthood and economic independence, which is damaging long-term to the country.

In the end, Obamacare is bad for everyone, whether its a young person under 26 and on their parent's plan, or a young person looking to purchase a plan for themselves. Over to you, Shoshana Weissmann:

I’m never signing up for Obamacare. As a millennial with multiple pre-existing conditions, I know Obamacare is bad for millennials and bad for anyone who will ever have a medical expense. Obamacare forces millennials to pay for other people’s health insurance, increases our health insurance and care costs, and functions like a monopoly.

Millennials are not paying for our health care. We’re paying for other people’s health care. Obamacare exchanges work by forcing lots of young healthy people to sign up for the program and pay for the expenses of older people and sick people.

Former President Bill Clinton admitted this, saying Obamacare “only works, for example, if young people show up.” He went on to say, “We’ve got to have them in the pools, because otherwise all these projected low costs cannot be held if older people with preexisting conditions are disproportionately represented in any given state.” Healthy young adults (specifically, their money) are the key to keeping Obamacare afloat. That does not sound like the foundation of a solid, sustainable plan.