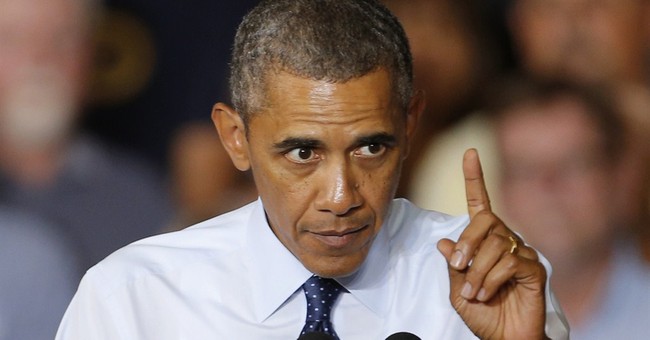 The week long and continuing partial government shutdown has given the Obama administration a lot of cover when it comes to distracting away from White House scandals. But today during a House Oversight Committee hearing on Capitol Hill, the IRS targeting scandal was brought back in the spotlight. It was revealed during the hearing the IRS exchanged confidential tax information with the White House. More from the Daily Caller:


President Obama and his top advisors insist they had nothing to do with IRS targeting of conservative groups, but today's Oversight hearing isn't the first time we've seen a direct connection between the IRS and the White House. Just a few short months ago, former Obama for America Deputy Campaign Manager and attack dog Stephanie Cutter said she had been in many meetings with former IRS Commissioner Douglas Shulman.


In addition, President Obama has publicly shamed his tea party opponents in political speeches and made a "joke" in 2009 about using the IRS to target political foes. When asked about the scandal in press conferences, Obama has failed to flat out deny White House influence in IRS targeting.

Over to you, Kimberley Strassel:

President Obama and Co. are in full deniability mode, noting that the IRS is an "independent" agency and that they knew nothing about its abuse. The media and Congress are sleuthing for some hint that Mr. Obama picked up the phone and sicced the tax dogs on his enemies.

As early as January 2010, Mr. Obama would, in his state of the union address, cast aspersions on the Supreme Court's Citizens United ruling, claiming that it "reversed a century of law to open the floodgates for special interests" (read conservative groups).

The president derided "tea baggers." Vice President Joe Biden compared them to "terrorists." In more than a dozen speeches Mr. Obama raised the specter that these groups represented nefarious interests that were perverting elections. "Nobody knows who's paying for these ads," he warned. "We don't know where this money is coming from," he intoned.

In case the IRS missed his point, he raised the threat of illegality: "All around this country there are groups with harmless-sounding names like Americans for Prosperity, who are running millions of dollars of ads against Democratic candidates . . . And they don't have to say who exactly the Americans for Prosperity are. You don't know if it's a foreign-controlled corporation."