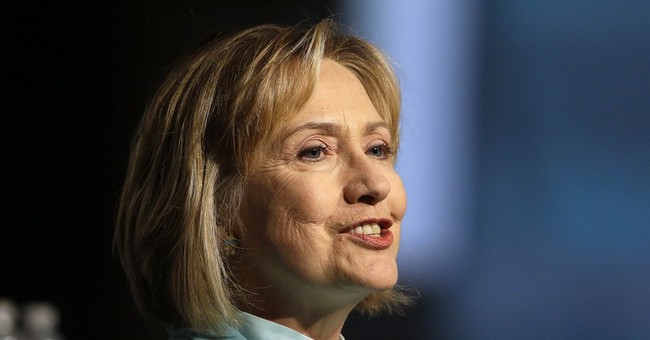 Testifying Thursday in front of the House Oversight Committee, Ambassador and former Chairman of the Benghazi Accountability Review Board [ARB] Thomas Pickering said he was proud of report produced by the ARB that has been described as a "whitewash."

"I am aware that no report will ever be perfect. But I am proud of this one which has always been seen by many as clear, cogent and very hard hitting - as it should be," Pickering said. "I feel that this report is still on the mark, free of cover up and political tilt, and will personally welcome anything new which sheds light on what happened that helps us to protect American lives and property in the future."

Pickering said during his investigation of the Benghazi attack more than 100 people were interviewed, not one of them was former Secretary of State Hillary Clinton. Pickering also said the ARB was not a "gotcha, investigative" panel. It was also revealed members of the ARB regularly briefed Clinton and her closed advisors on the status of their probe and that the ARB showed Clinton the report before it was released.

"Obviously this was not a gotcha panel because nobody was 'gotchaed,'" Oversight Chairman Darrell Issa said.

During the hearing, Republican Rep. John Mica pointed out Clinton appointed four out of the five members of the ARB board investigating the Benghazi attack. The ARB describes itself as "independent."


One of the main questions from the American people and from Congress regarding the Benghazi attack remains, why did the military never show up to help? Diplomatic Security agent David Ubben has been receiving treatment at Walter Reed Military Medical Center after being severely wounded during the Benghazi attack. Ubben waited on top of a roof for 20 hours before help arrived. He waited with Navy SEALs Tyrone Woods and Glen Doherty, who were both killed by mortar fire on the roof. Ubben survived, but had his right leg shredded.

"An order to stand down was never given,"Admiral and former Vice Chairman of the Benghazi ARB Michael Mullen said.

Mullen admitted that although many military forces, including forced in nearby Europe, "moved" the night of the Benghazi attack, they never made it to the scene. Mullen argued military movement "isn't something that can just happen" and that it "takes time."

"At the time of the attack, there were no aircraft ready to go," Mullen said.

The Benghazi attack happened on the 11th anniversary of 9/11/2001, the consulate had previously been attacked twice and Ambassador Chris Stevens had for months repeatedly submitted requests for more security at the consulate. Those requests, were ignored.

"The primary responsibility for their [consulate] security, rests with the host country," Pickering said.

Spencer Brown
Will General Milley Be Remembered as One of 'The Men Who Broke the Military?'
Katie Pavlich
Why the Biden WH Is Still at War with Border Patrol Even After 'Whips' Story Was Exposed as Fake News
Matt Vespa
Taliban Wastes No Time Returning to Barbaric Ways
Spencer Brown
A Surprising Number of Republicans Supported Requiring Women Register for Draft