Obama Shifts Focus Back to Jobs Again With New 'Report' 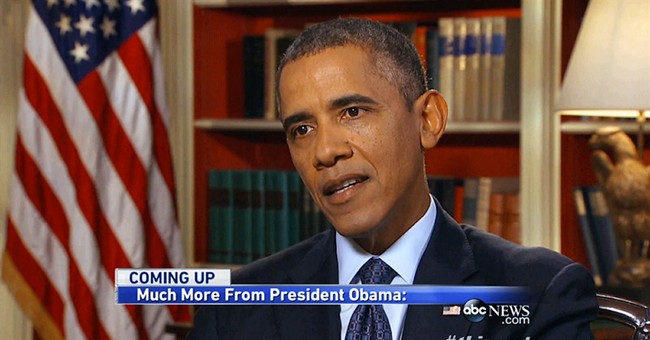 Recovery summer 5.0 is coming to a close and President Obama has spent the last two weeks figuring out what to do about Syria. Now that Obama's political capital has been drained with the Russians in control of U.S. policy on the Middle East country, the Obama administration is shifting its focus back to jobs and the economy with a new "report." Again.

Shifting the national conversation to the economy after a week of intense focus on Syria, the Obama administration now is highlighting its policy response to the Great Recession.

In a report released late Sunday, the White House is trumpeting the steps President Obama has taken over the last four-and-a-half years to address the economic downturn, the worst since the Great Depression, and linking them to the recovery.

Summarizing the report, Gene Sperling, Obama's chief economic advisor, argued that those efforts, while controversial, were also necessary to prevent the economy from sinking further.

The propaganda report states, which can be read in full here, that the bailout in Detroit was a major success, which couldn't be farther from the truth. Detroit is bankrupt despite the Obama administration dumping billions of taxpayer dollars into the city's big car companies with a goal of protecting workers. Not to mention, car companies still owe taxpayers at least $19 billion. The report also states taxpayers have been paid back in full for their bailout of the big banks, which is also not true. Banks like Ally still owe the government billions of dollars.

Over the weekend, Obama gave an interview to ABC News and blamed lost jobs on ATMs....again.

President Obama will give a speech Monday to mark the 5th anniversary of the financial crisis.