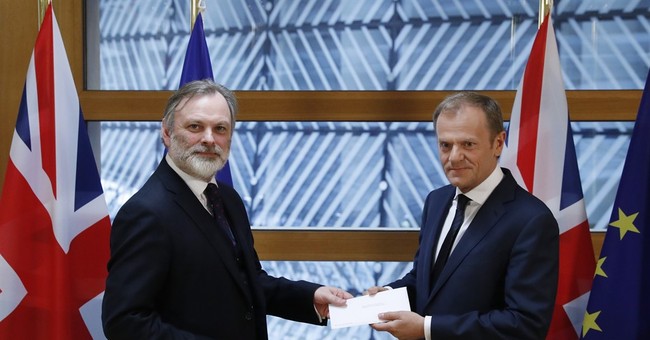 British Prime Minister Theresa May confirmed Article 50 of the Lisbon Treaty on Wednesday, a formal letter to Brussels announcing the removal.

"This is an historic moment for which there can be no turning back. Britain is leaving the European Union," May told the House of Commons in London.

You can watch Prime Minister @theresa_may's #Article50 statement in full on our YouTube channel https://t.co/jFc9Xr6k6C