Close Call: PM Theresa May Was Just Yards Away from London Attacker 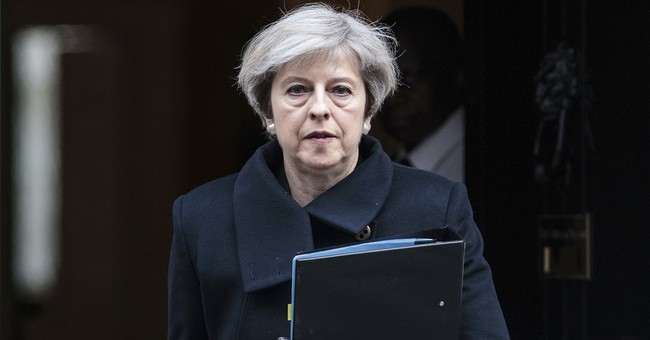 British Prime Minister Theresa May was no more than 100 yards away from the Islamic attacker who killed numerous people on Wednesday and injured 40 others, according to British news outlet The Sun.

Pictures, video, and detailed maps from the report show the chaos after Khalid Masood breached Parliament's security forces and killed a police officer.

“There was clear air between the spot where the terrorist was shot down and Mrs, May’s car," according to one source.  “There were no locked doors, just two open archways for vehicles. If there had been more than one attacker, God only knows what might have happened. They could have run straight through one of the open arches and tried to stab or shoot her.”

Other sources said only three unlocked doors separated Masood and the prime minister.

The event was captured in the footage below: