Turkish President: Europeans Will Not Walk Safely Unless Demands Are Met 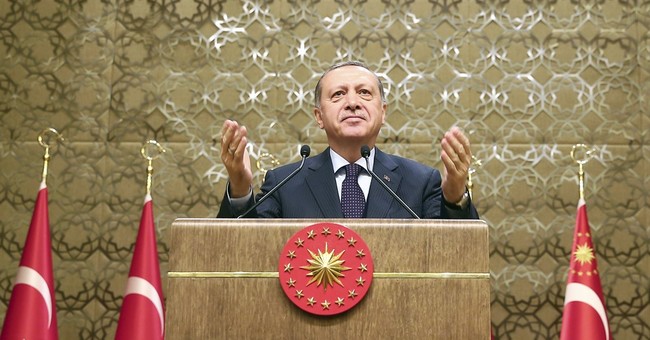 Turkish President Tayyip Erdogan gave a grim prognostication on Wednesday, just moments after a man ran over bystanders and stabbed a police officer in London.

"If Europe continues this way, no European in any part of the world can walk safely on the streets. We, as Turkey, call on Europe to respect human rights and democracy," Erdogan said at event in Ankara, according to Reuters.

The remarks come as Germany and the Netherlands have banned any campaigning for boosting Erdogan's powers.

What Gingrich Said About the Future of the 1/6 Committee Probably Caused Liberals to Melt Down
Matt Vespa
Biden Called Fox News Reporter After Hot Mic Comment. Here's What He Said.
Leah Barkoukis