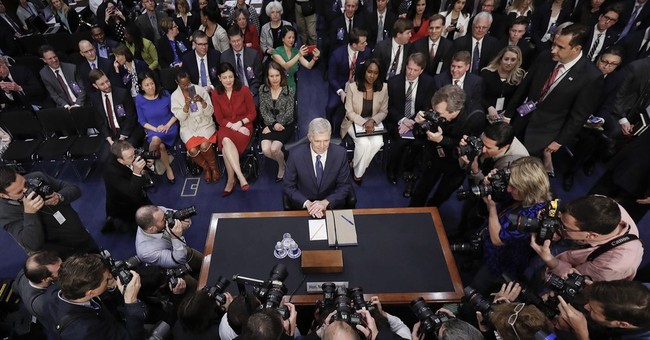 Senator Pat Leahy of Vermont concluded on Monday during the Supreme Court confirmation hearing that Judge Neil Gorsuch was "selected by extreme interest groups" and was chosen by a president who lost the popular vote.

“While Senate Republicans were meeting in back rooms to block President Obama’s nominee, extreme special interest groups were also meeting in private, to vet potential Supreme Court nominees for then candidate Donald Trump," Leahy said. "I do not know of any other Supreme Court nominee who was selected by interest groups, rather than by a president in consultation with the Senate, as required by the Constitution. Now, Senate Republicans made a big show last year about respecting the voice of the American people in this process. Now, they are arguing that the Senate should rubber stamp a nominee selected by extreme interest groups, and nominated by a president who lost the popular vote by nearly 3 million votes.”

Leahy also vented his frustration when he said that Judge Merrick Garland, President Obama's nominee, should have been chosen to fill the vacant Supreme Court seat.

"I think it was shameful," he said.