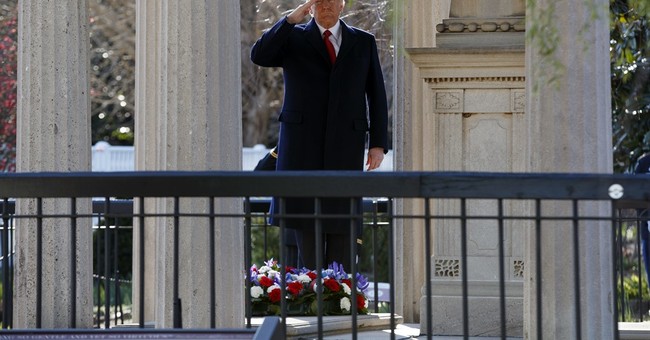 “Andrew Jackson was a military hero and genius and a beloved president, but he was also a flawed and imperfect man, the product of his time,” President Trump said during the brief speech.  “It was during the revolution that Jackson first confronted and defied an arrogant elite.  Does that sound familiar to you?” he joked with the crowd.

“Oh, I know the feeling Andrew,” he said.