Republican Congressmen Zinke and Byrne Sound Off On Brussels Attack 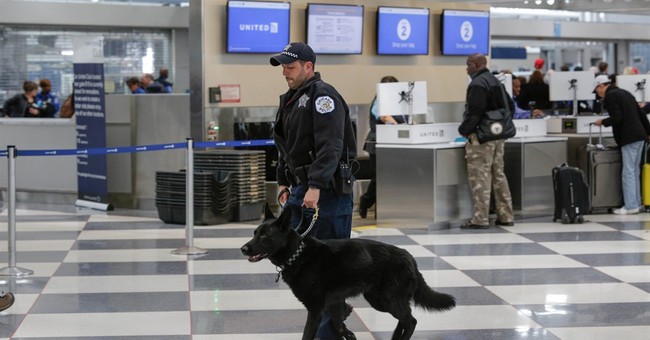 Republican Reps. Ryan Zinke (R-MT) and Bradley Byrne (R-AL) both took the spotlight on Tuesday just hours after the deadly attack in Brussels, Belgium that left at least 34 dead and critically injured a U.S. service member.

During an interview with Fox Business, Congressman Zinke called out those who would turn a blind eye or supply logistics to the terror cells like the one that carried out the attacks early Tuesday morning.

“Terrorists are not just people who pull the trigger or strap an explosive vest around themselves. Terrorism is also those who would turn a blind eye or supply logistics and provide a safe harbor in the apartment. In the case of the U.S., we had neighbors who supplied arms and ammunition. It is about a network as much as anything. Certainly in Belgium the reports are clear: In the neighborhood, they had those people who were sympathizers. They had people trained by ISIS," he said.

Carter: “It will be in front of you imminently...”

Byrne: “Mr. Secretary that’s not my question. The statute says you shall do it by February 15th. Do you not agree that you are in violation of that law?”

Carter: “We are prepared…we are going to submit that report. It has taken some time…”

Byrne: “I’m going to ask you again. Do you not agree that you are in violation of the law?”

Carter: “We will have that report to you shortly Congressman.”

Byrne: “I don’t think that’s a satisfactory response. When we pass a law around here, it means something.  Now people’s lives are at stake. You know that better than any of the rest of us. I don’t think it is too much to ask that you comply with the laws that we pass and the President signs. So it is not sufficient  for you to say that it is imminent. You need to give us a plan now.”