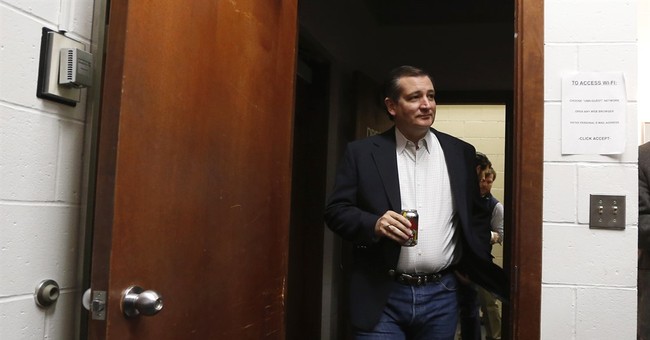 Ted Cruz has canceled an event in Ellisville, Mississippi because he does not feel well according to Senator Chris McDaniel.

“Unfortunately, I just received a call from the national campaign chairman,” McDaniel said on Facebook. “The event at JCJC has been cancelled. Ted Cruz will not be in Mississippi tomorrow, as he evidently does not feel well. This is difficult news to deliver, but we trust that God has a plan for the campaign and for Mississippi.”

The latest polls have Donald Trump at 41 percent, with Cruz and Rubio at 17 and 16 percent.

Reagan McCarthy
Nancy Pelosi Is Not Going to Like This Joke Between Trump and Rally Attendee at Arizona Event
Leah Barkoukis
Are Democrats Heading for a 2020 Bloodbath?
Matt Vespa