John Kasich Will Not Be In Iowa on Caucus Day 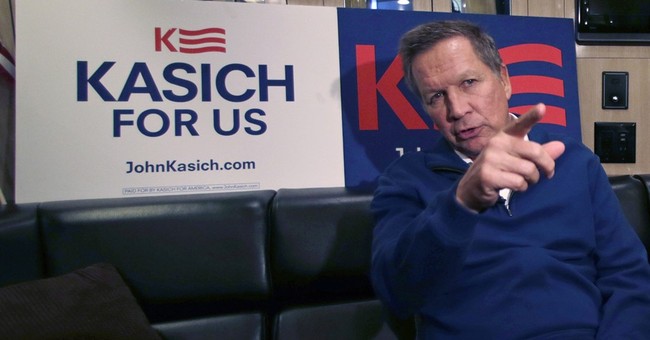 If you're looking forward to seeing John Kasich celebrate his victory in Iowa next Monday, you may want to instead look towards New Hampshire.  According to ABC News, Kasich will be across the country on the first voting day of the 2016 election year attempting to rally voters.

“Iowa's so big, and there's only so many resources and so many hours in the day.  It's a lot easier when you have 1.2 million (people in New Hampshire). I can stand in Manchester, throw a stone and hit most of New Hampshire," Kasich said.

Campaign director, Cory Crowley, had this to say back in September about Kasich's Iowa campaign:

"When people actually get to their caucuses and get in the polling booth, they're going to want someone who at least has a record.  I think these outside candidates are appealing now, but they will have their pitfalls. You're kind of seeing that happening now with Carson's comments and others," said Crowley.