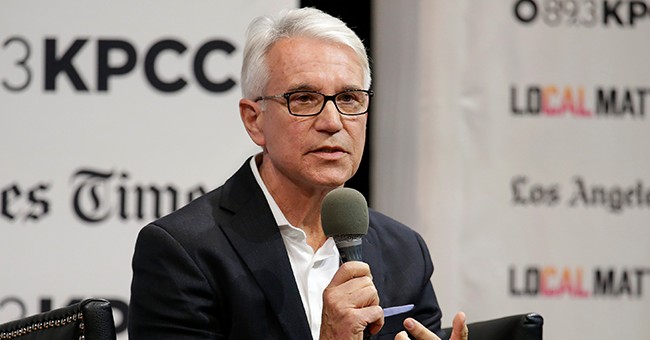 The family of an El Monte police officer who was shot and killed, along with another officer, by a criminal who was previously barred from being able to possess a firearm are blaming Los Angeles District Attorney George Gascon for his death as details of a deal the DA's office made with the shooter prior to the incident have been revealed.

Officer Joseph Santana's family if Gascon had put Flores behind bars like what was initially planned, then Santana and officer Michael Paredes would still be alive.

"Gascon is just letting all these criminals out. If he wouldn’t have been out, my son and the other officer would still be here."

"And to everyone else this is just a news story, but to us, this is real life."

In February, 2021, court records show Flores pleaded no contest & accepted the new Gascon office deal for just 2 years probation, despite being a gang member with a prior strike who was charged w/ felon w/ a gun.
He avoided prison, and murdered two El Monte PD officers on Tuesday pic.twitter.com/VYedZHmQB9

"LA DA sources tell me as a direct result of Gascon’s Special Directive 20-08, Flores was on the streets instead of in prison. A trial court and appellate court have now ruled that Gascon’s policy of not enforcing CA’s Three Strikes law is illegal, & it’s blocked via injunction," Melugin added.