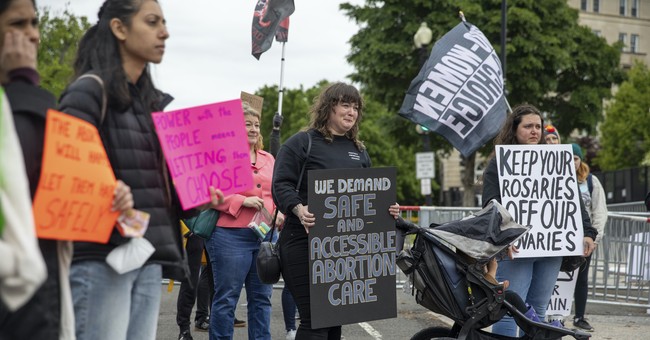 Congresswoman Katie Porter (D-CA) explained to MSNBC on Wednesday because of the continued issue of inflation it is more important than ever for women to have access to abortion so they can control "how many mouths" they can feed.

Host Lawrence O’Donnell noted President Joe Biden said the problem of inflation is his top priority but then asked Porter how the the potential overturning of Roe v. Wade could affect the main issue voters consider in the upcoming midterms.

"Well, I don’t think they compare. I think they actually reinforce each other. So, the thought that things like inflation can happen and it can become more expensive to feed your kids and to fuel your car is exactly why people need to be able to be in charge of how many mouths they’re going to have to feed. So I think the fact we’re seeing this jump in expenses, that we’re seeing people having to pay more at the grocery store, pay more at the pump, pay more for housing, is a reason that people are saying, ‘I need to be able to make my own decisions about when and if to start a family,'" said Porter.

"So I don’t think we’re going to see them — I don’t think it’s about comparing them or contrasting them. I think they reinforce for people just how big of a responsibility it is to take care of a family," she added.

Porter's comments received backlash for making the argument it is easier for the mother to abort her child rather than raise him or her because of tough economic conditions.

Reminder: This is the elected official who just discovered inflation this week when she tried to buy bacon and discovered it was $10.

Now she's already using it to argue for more abortion.

An actual quote: "people need to be able to be in charge of how many mouths they're going to have to feed" https://t.co/TMEDJiKlH0