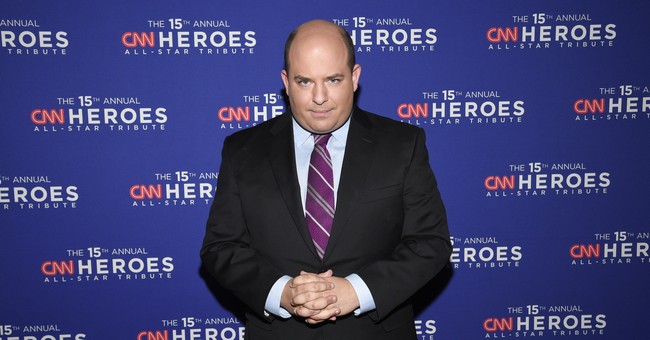 CNN host Brian Stelter claimed on Friday during his CNN+ program, "Reliable Sources Daily," the overhyped streaming service did not get a full chance to succeed after it was announced on Thursday CNN+ will be shutting down at the end of April, just over a month when it was first launched.

CNN+ failed to meet expected subscriber sign-ups after millions of dollars were funneled into advertising and reportedly only had around 10,000 daily viewers. The merger with Warner Bros. Discovery a few weeks after launching CNN+ did not help matters as those executives were more skeptical of the app's long-term success.

"Have you seen anything like this happened before in the media business?" Stelter asked.

"No. I mean, no. And first of all, I think I’m making history right now. I’ve never been on a program talking about the demise of that program," Puck's Matt Belloni replied.

Stelter quipped there were probably more viewers watching CNN+ at the moment because of the news surrounding the demise of the service.

"Let me try out a theory on that. Which is, it’s too early to know if this product, if this service was a success or a failure. You know, you’ve got all the haters today saying this thing was a failure. I don’t know if we can even ever assess that, because it just simply didn’t have enough time because of the management’s change in direction," he continued. "And at the end of the day, if you buy something, if you buy a giant media company you get to do whatever you want with it. But it does mean there’s a lot of suffering for employees, and frankly, disappointment among subscribers as a result."

"It's too early to know if this product, if this service was a success or a failure," Stelter desperately tried to rationalize the implosion of CNN+. And he chided the "haters." pic.twitter.com/vCFR3Q7dT4

CNN spent over $300 million on CNN+ and hundreds of staffers are at risk of not being able to find new positions at the parent network.