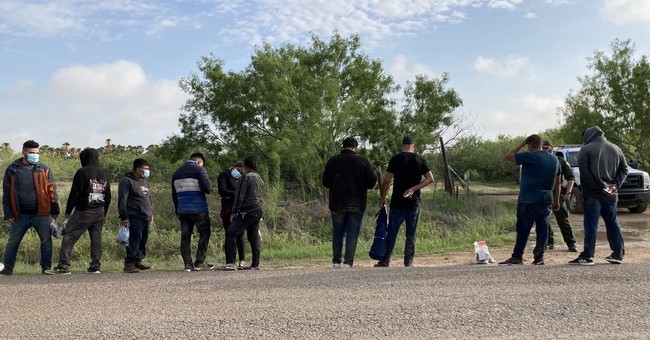 U.S. Customs and Border Protection (CBP) data on the number of illegal immigrants who have been able to avoid apprehension from Border Patrol have reached historic heights during the ongoing crisis at the U.S.-Mexico border.

The data, obtained through a Freedom of Information Act request and provided to Townhall, shows shortly after Joe Biden became president in January, the number of estimated "gotaways" skyrocketed nationwide. The provided numbers are from January through August of 2021.

Due to the counting of "gotaways" not being an exact science, former border officials told Townhall CBP's estimations are vastly undercounted.

NEW: Our drone team just witnessed 11 illegal immigrants dressed in black running into the brush after they crossed the Rio Grande on a raft in Penitas, TX. A man on the Mexican side then pulled the raft back with a rope. We didn’t see them caught, but BP did show up. @FoxNews pic.twitter.com/DxtkZHjJ2P

Mark Morgan, who was the acting commissioner of CBP when Donald Trump was president, said the "gotaway" numbers were never that high when he was commissioner.

"And those numbers are bullshit — they are way low. By the end of December, it will be 600,000 'gotaways,'" Morgan said. "And that’s even low — there are many 'gotaways' they aren't able to count."

The inability for Border Patrol to count "gotaways" is due to many agents being assigned to processing the thousands of illegal immigrants willingly turning themselves in and transporting the large groups from the border to the holding facilities. Documents leaked to Townhall show many shifts in the Yuma Sector do not have agents assigned to tracking the "gotaways" and even when they do, it is only one agent.