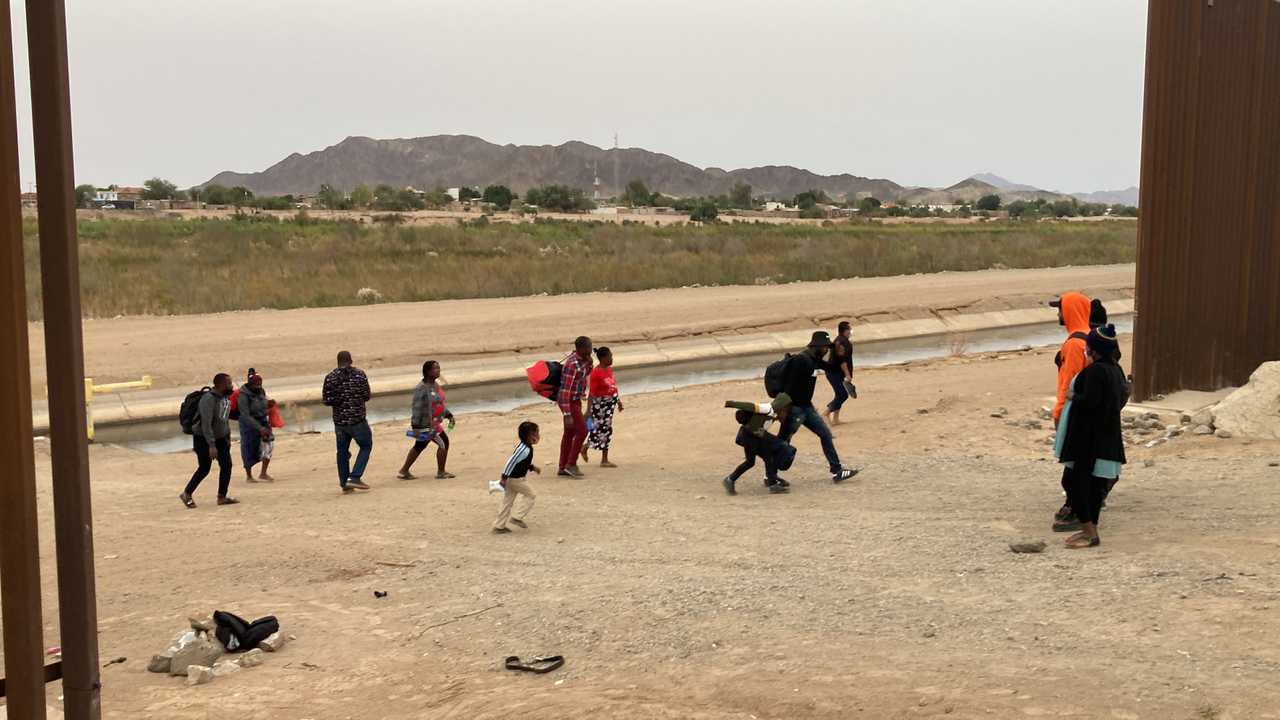 YUMA, Ariz. — "Don't worry about it. We've been out here 50 times this past week," one EMT told us after calling 9-1-1 because one teenager, who illegally crossed into the U.S. with his Venezuelan family on Tuesday, could barely walk and had to be helped by his father. The family was taken to the hospital as it was clear the teenager had multiple health issues that were exacerbated from the long journey to the United States.

The Venezuelan family encountered on Tuesday was a part of the large surge of illegal crossings at the Yuma Sector in recent days. As many as 4,000 people were in Border Patrol custody over the weekend. It is happening as the Biden administration is forced to start implementing its own version of the Migrant Protection Protocols, also known as the "Remain in Mexico" policy.

As I wrote in October, there were concerns Yuma might experience a surge similar to the surge in Del Rio, Texas, in September. One of the reasons for the current influx of illegal immigrants in Yuma is due to the "Remain in Mexico" policy going into effect this week, and people are trying to get in before the policy solidifies.

Because of the large influx of illegal immigrants, border patrol agents have been told not to interact with them until the main office tells them to go pick them up, meaning illegal immigrants spend hours, sometimes days, unsupervised. The long wait times have frustrated the illegal immigrants, and in some cases, they have wandered off into town. Others have opted to walk to different parts along the border wall in hopes of border patrol picking them up at that location.

At one part where the border wall ends, before the Cocopah Reservation, evidence of the large number of people who enter the states is easy to see. When I was here in October, there was not nearly as much trash or blankets as today.

Evidence of the increased crossings in the Yuma sector was seen when one group of Haitians, who had just crossed the Colorado River, reached US soil, and a bus on the Mexican side of the border pulled up and dropped off another group of people so that they could cross.

Since it is December, the main concern is no longer the heat but the colder nights, as many of the immigrants come from tropical countries and are already sick from their journey.

One Venezuelan family of five said they paid $400 per person to be able to cross from Mexico into the United States.

On the ground in Yuma, AZ for @townhallcom. This sector has seen a dramatic increase in apprehensions in recent days as large groups illegally cross into the U.S. to turn themselves in to Border Patrol. People I’ve talked to say they’re from Venezuela, Brazil, and Colombia. pic.twitter.com/t19XIW1dkQ