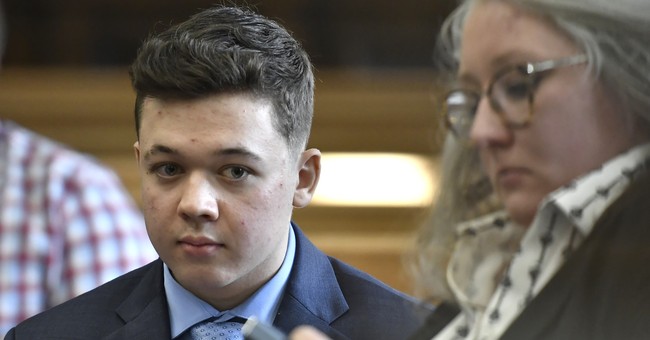 A coalition of progressive and far-left students at Arizona State University are demanding the school kick out Kyle Rittenhouse from the courses he enrolled in as a non-degree-seeking online student.

During his trial, in which he was found not guilty on murder charges since he fired in self-defense during the Kenosha riots last year, Rittenhouse said he's taking courses at ASU for nursing, though he has not officially gone through the admissions process. All three men Rittenhouse shot in self-defense were white, with Joseph Rosenbaum notably using the N-word multiple times before attacking Rittenhouse.

The coalition, comprised of the Arizona State University Students for Socialism, Students for Justice in Palestine, Multicultural Solidarity Coalition, and MECHA de ASU, will be hosting an anti-Rittenhouse rally at the campus on Wednesday.

In addition to wanting the "violent, blood-thirsty murderer" Rittenhouse removed from the school's programs, other demands include:

Join us and rally against racist murderer Kyle Rittenhouse being permitted on our campus – Wednesday at 3:30 outside the Nelson Fine Arts Center on campus pic.twitter.com/4Hs3JxRqtY

"The goal of these demands is to let the ASU administration know that we as the ASU community do not feel safe knowing that a mass shooter, who has expressed violent intentions about ‘protecting property’ over people, is so carelessly allowed to be admitted to the school at all," a Students for Socialism at Arizona State University spokesperson told Fox News. "Our campus is already unsafe as is, and we would like to abate this danger as much as possible."

Adding the verdict in the trial "effectively gives right-winged individuals the license to kill other individuals who protest for human rights," the spokesperson said, "Rittenhouse took the lives of innocent people with the intent to do so—by strapping an assault rifle to himself in a crowd of unarmed citizens. That is the textbook definition of intention. The decision made by the court is one of thousands of cases that have been influenced by biased judges, predominantly white juries, and mistakes inherent in a judicial system founded off of injustice to begin with."