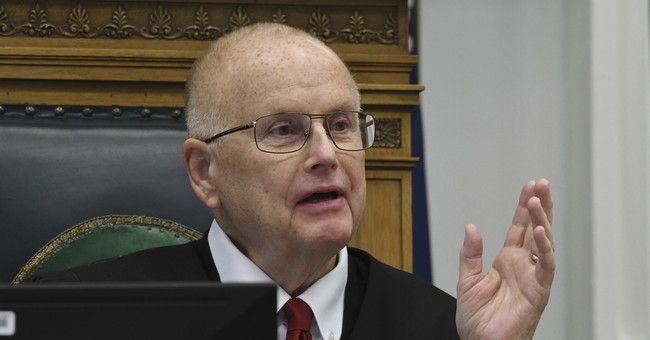 KENOSHA, Wisc. — Kenosha County Circuit Court Judge Bruce Schroeder revealed at the start of the Kyle Rittenhouse trial that someone had filmed the jury at their bus pickup on Tuesday morning. He assured the jurors the video was deleted and more steps will be taken to protect them.

"At pickup, there was someone there and video recording the jury, which officers approached the person and required [them]...to delete the video and return the phone to him. I've instructed that if it happens again, they are to take the phone and bring it here," Schroeder said.

"Something like that should not have occurred, I’m frankly, quite surprised it did," he added.

The revelation comes shortly after Cortez Rice, who says he is George Floyd's nephew, claimed in a livestream he knew people were taking photos of the Rittenhouse jury while being in the courtroom. Rice has since deleted the video but copies were made and posted to social media.

George Floyd’s nephew, Cortez Rice, makes a claim that he knows people taking photos of jurors during the Kyle Rittenhouse trial in Kenosha, Wisconsin. His goal is to dox jurors if they do not convict. pic.twitter.com/uwLuV2ftfV

The filming incident also comes after the prosecution had another disastrous day as key witness Gaige Grosskreutz, the third person shot by Rittenhouse during the Kenosha riots, admitted to the defense during cross-examination he lied several times about what happened in the aftermath of the shootings. Grosskreutz further agreed with the defense Rittenhouse did not shoot him until he dropped his hands and advanced towards Rittenhouse while aiming a gun at Rittenhouse's head.